Why Is Fantasy Sports Development is in Trending? 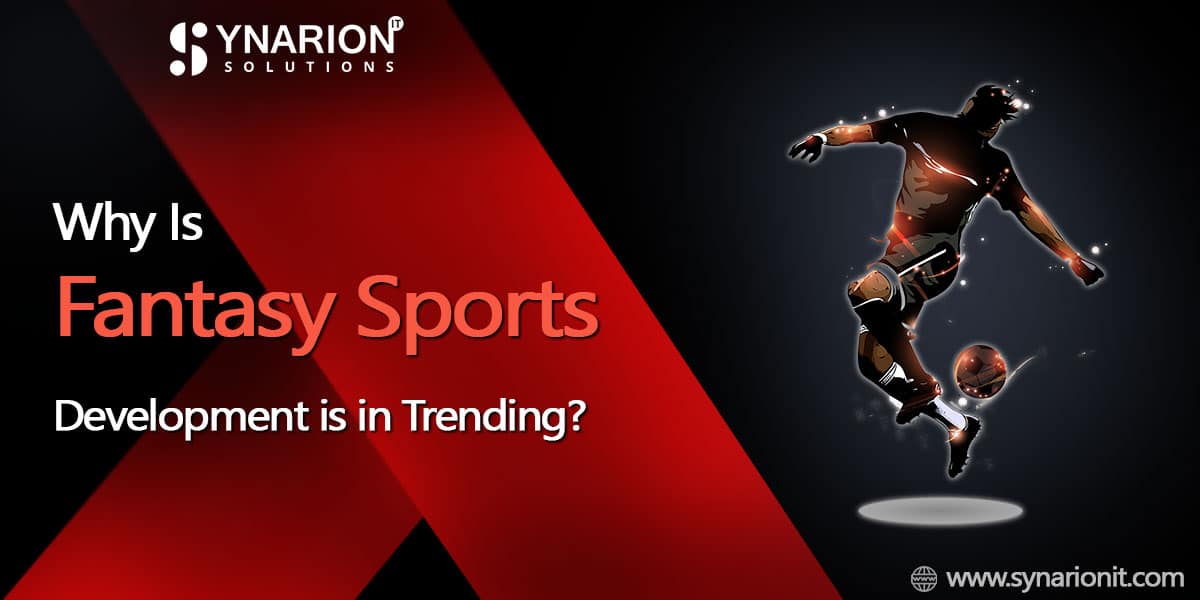 Why Is Fantasy Sports Development is in Trending?

Do you have some friends with a lot of sports knowledge or have you ever been involved in sports gossip? In both cases, you will observe they are highly obsessed with the game they like the most, and they are well equipped with the latest information regarding the team and the sports they support. Moreover, they start behaving like sports pro who knows everything, and if they were in place of the head coach or have been leading the team management, then they should have led the team to win the match. They behave like professionals and point out the flaws the losing team had.

Hence, to not waste the talent of these super-talented individuals, several companies have started fantasy sports app development. In these apps, these so-called sports pros can showcase their talent in managing teams virtually, and in return, they can win prize money if the team managed by them tops the chart. So, is it all about making teams and winning money in a fantasy sports app? No, there are a lot more contests available which we will be discussing further. Now, let’s check out how to participate in a fantasy sports app.

HOW TO PARTICIPATE IN A FANTASY SPORTS APP?

To know this from a better angle, let’s pick any popular sports that we all use in fantasy sports apps. In India, cricket has a huge fan base and almost everyone in the country has some basic knowledge of the game. Hence, developers also focus mainly on fantasy cricket app development to attract the Indian public to the platform. So, let’s choose any ‘X’ fantasy app with cricket to participate in. These apps offer their audience a lot of contests with multiple prize pools. After that the following events take place.

WHAT AN IDEAL FANTASY SPORTS APP HAS TO OFFER?

Fantasy sports is a legal virtual sport played across the world using different fantasy sports platforms. This is a skill-level game that requires activeness and analytics to create a team and win a contest. This tests the brain of a game lover and also helps them to earn big on these platforms. But, before participating in a contest, the user picks the app that suits him/her. So, what a fantasy sports app development company should do to create an ideal app for fantasy sports?

Addition of the Following Basic Features:

Other Features To Be Added To Fantasy Apps

Fantasy sports apps should not be limited to all the basic requirements, but also add features beyond that too to make it more special and users start loving the app.

With the growth in the internet and mobile use, everything has switched to the mobile world. Similarly, to utilize this growth, the fantasy app development team has worked smartly in developing fantasy sports apps that can help people showcase their talent and earn money. This is one of the most trending platforms in the internet world and every season of any league enhances the use of these fantasy sports apps. But, why does this platform trend so much?

Hence, with improvements done as the progress is on, the business of fantasy sports is ready to break records in the coming years by attracting the maximum number of sports fans to play fantasy sports. These apps test the knowledge and prediction abilities of the fans in different sports like football, cricket, etc.

The trend of these applications can be observed by seeing the numbers of people enrolling themselves daily. Currently, top countries like the US, Canada, and India are at the top of the chart with the most active users in fantasy sports.

Some Global Stats on Fantasy Sports

Some Fantasy Sports Stats of India

Fantasy sports have been existing with us for a long time, but the trend has been seen in the last few years only. This surge has increased as it is legalized globally and is termed different from betting in sports. Moreover, being such a quality platform to earn some real cash in return for knowledge and skill, this platform has impressed a lot of people. These are some strong reasons that are attracting developers to think of something innovative and present some quality fantasy sports apps to the people. This is why fantasy sports app development is highly trending currently.