Why Are Most of The Sports Businesses Moving Towards Fantasy Sports App Development? 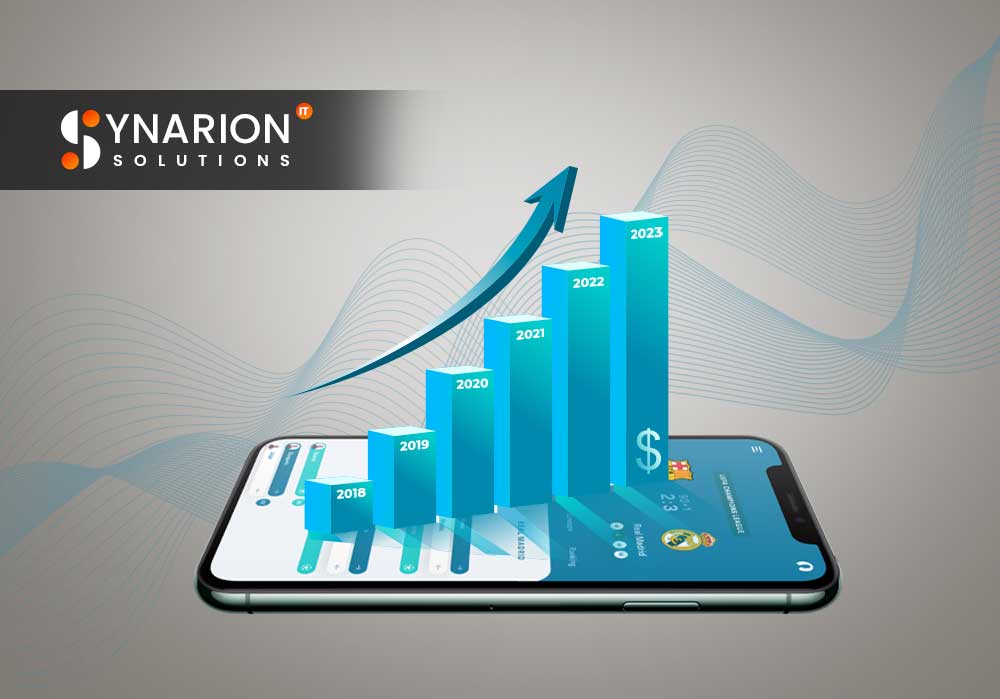 Why Are Most of The Sports Businesses Moving Towards Fantasy Sports App Development?

The sports industry is a dynamic business, which means it’s constantly changing. In the era of modernization and changing trends, Fantasy Sports App Development is one of the prominent business models for many companies. We hope this article helped you understand the industry better!

The history of fantasy sports can be traced back to the 1960s when friends started playing fantasy baseball and let their imaginations run wild. They imagined what it would be like to be part of a team that won the World Series or how cool it would be if they played for their favorite pro football team. It was an exciting way to make the games more interesting and give fans another reason to watch them.

In the 1980s, however, this idea started evolving into something much bigger: an online game where people could create teams based on real players (or fictional ones) who competed against each other in various sports leagues worldwide. Players would then compete against each other using their stats from actual matches played on those same teams one week ago today until the following Monday at noon sharp!

Fantasy Sports is a Trending Market

Fantasy sports is a growing market. It’s been around for years and has become an increasingly popular way to watch sports, meet new people and make money. Fantasy sports are on the rise, so there are plenty of opportunities for app developers who want to get involved in this exciting industry.

The first thing that comes to mind when you hear the phrase “fantasy sports” is a bunch of people sitting around a table, furiously typing away on their laptops as they try to one-up each other in an attempt to be the most knowledgeable. While this can happen, it’s not as common as it used to be—and if you’re reading this article, chances are good that you’re more likely watching games than playing them yourself.

This is where mobile-based fantasy sports apps come into play: Fantasy Sports App Developer make it easy for people who want to play but need access or time available for traditional methods (like going out with friends).

Fantasy sports is a billion-dollar industry. 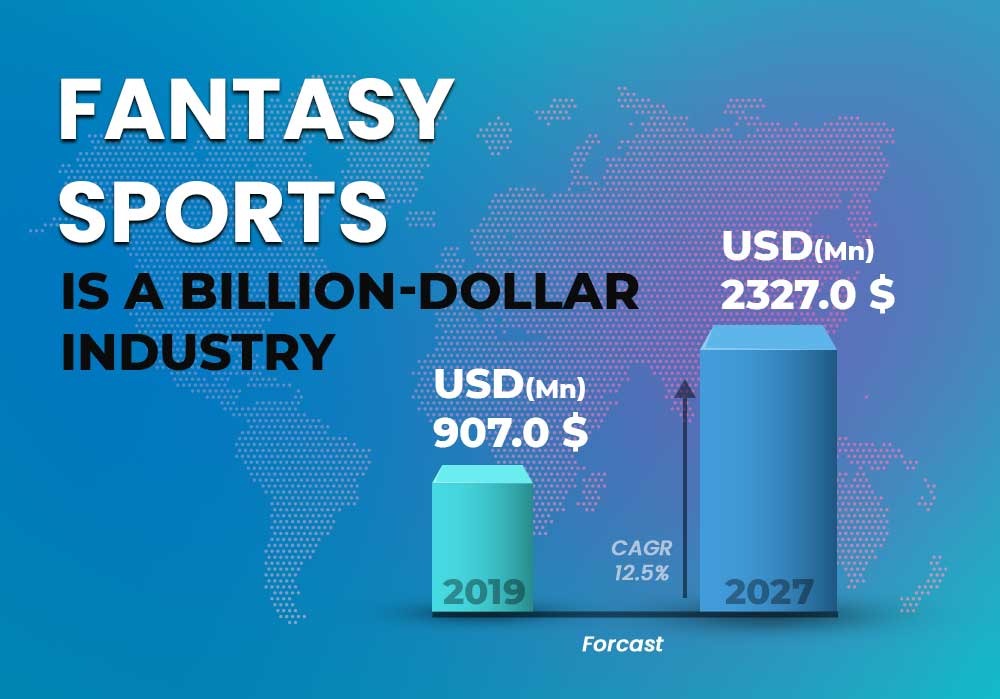 Fantasy sports is a billion-dollar industry. It has been around for decades, but how fantasy sports apps drive the industry today is different from what it was 20 years ago.

Fantasy Sports Software Development Company have become extremely popular among consumers and businesses because they allow you to engage with fans and drive revenue.

The increased popularity of fantasy sports also means more opportunities for brands to use them as an advertising platform, increasing brand awareness without spending money on traditional marketing strategies.

Fun and engaging. Fantasy sports apps are one of the most popular mobile games in the world, with over 100 million downloads per year. They’re also a great way to build brand loyalty since users can use them on their phones or tablets at work or vacation.

Increase brand awareness. The ability to win prizes by playing fantasy sports games is a massive draw for players who enjoy watching their favorite teams play but don’t have enough time to watch live sports themselves (or maybe they don’t want all that sitting still).

By building an app around this concept, you can give your business an edge over other companies in this space without having any employees working on it full-time—and, in turn, increase your exposure among potential customers who may not know about your company yet!

The Demographics of Fantasy Sports

Fantasy sports now attract a diverse audience of people of all ages and genders. The industry has seen an explosion in the number of people who play fantasy games, with adults between 18 and 34 years old making up the largest group playing these games. In fact, according to a survey by Fantasy Sports Trade Association (FSTA) released in 2018, nearly one-third (32%) of adults aged 18-34 participate in some form of fantasy sports activity each year; that number jumps to 57% among those aged 35-49 and 72% among 50-64-year-olds.

In addition to being played by more diverse demographics than traditional sports such as football or baseball, there are other ways fantasy sports differ from their analogs: they often offer rewards for winning—such as cash prizes or merchandise—and allow players to build teams based on their preferences rather than simply picking players from one team each week as you would do with traditional leagues where everyone plays everyone else on an even playing field.

Analyze the type of users you have and can attract.

Before starting your app development process, it is essential to identify the type of users your business will target. This will help you understand their needs and motivations for using the app. If there are gaps in this understanding, it may not be as effective as expected.

For example, suppose a user is looking for a fantasy sports game that allows them to participate in multiple leagues with their friends and family (a social play). In that case, they might find something more appealing than an expectation-based game where players compete against each other anonymously (an individualistic play).

All the major sports are available on the fantasy sports platform.

Fantasy sports is a billion-dollar industry, and all the major sports are available on the fantasy sports platform. The users can play for fun or money.

The popularity of fantasy sports has grown over time, with many people using them to stay connected with friends and family members who share similar interests, such as basketball, football, or baseball.

Customization is the key to ensuring long-term engagement with your users, which is why you must consider how you want your app to function before launching it into the market.

The power of a fantasy sports app lies in its unique tools.

These tools help you manage your team and add value to your league by providing you with the ability to:

Convenient, easy to use, and highly engaging user interface

The first thing that a user sees is the user interface. It’s what makes or breaks the experience. The user interface has to be easy to use, convenient, and engaging for users so they can spend more time playing games instead of searching for an app on their phone or desktop.

The fantasy sports market is a $1 billion industry, and it’s growing faster than other sports markets. More people are playing daily fantasy than ever before, and there’s no sign of slowing down anytime soon. Daily fantasy has been growing exponentially since its inception in 2007—with over half of all Americans now playing at least one day per week on sites like FanDuel or DraftKings (the two most popular).

Several factors drive the growth of this industry: the rise in interest among younger generations, increased access via mobile devices, and mainstream media coverage (including ESPN).

Fantasy Sports is a Business Booster

Fantasy sports are a great way to attract new customers and can help you get more customers.

Fantasy sports is a good marketing tool because it helps promote your brand, products, and services. It’s also an effective way of generating leads for your business.

Accurate & Quick Information Accessible to All

Fantasy sports apps are easy to use. They can be used on mobile devices and accessed from anywhere, making them accessible for all users. The information is accurate, with the help of real-time data updates, which the app developers themselves provide.

Fantasy sports apps are also available in many languages, so you can choose what language you want your fantasy team to communicate in. You won’t have any problems finding an app that suits your needs because they come in different languages, such as English or Japanese!

They offer free access, so there will be no extra costs when using these apps!

A fantasy sports app development can help you get more customers for your business. 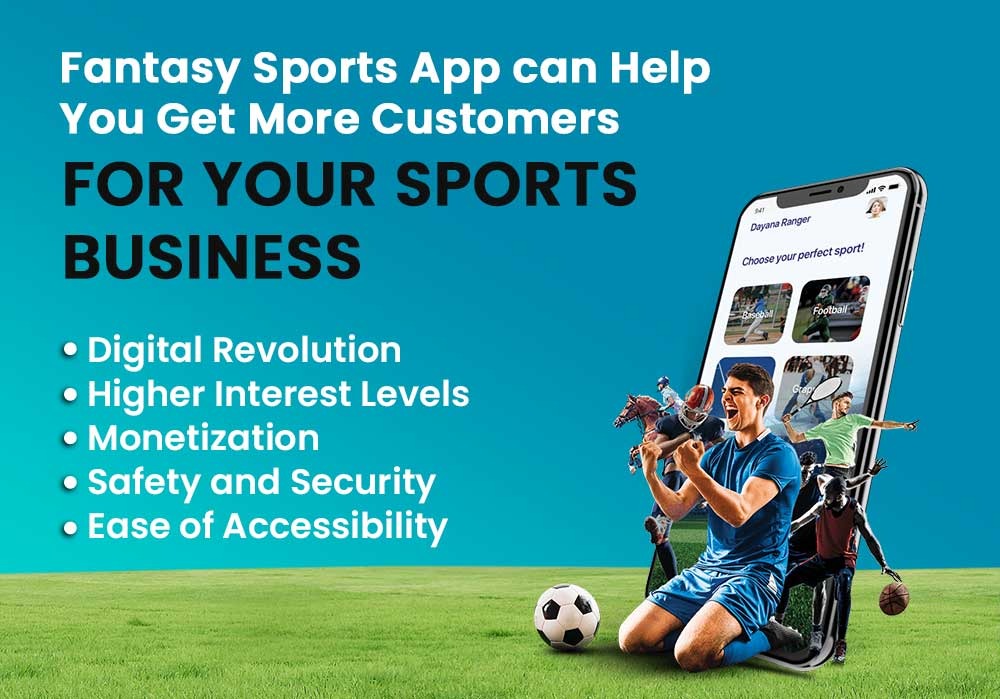 You can use a fantasy sports app to get more customers for your business. A fantasy sports app is easy to use and mobile-friendly, so it can be used by anyone, even if they aren’t fans of the sport. This is a great way to attract new customers who may have yet to be aware of your business. If you have been successful in attracting fans of one particular sport but haven’t yet tapped into the potential market for other sports or games like fantasy football (which isn’t considered part of “real” football), then adding this functionality could be just what you need!

The digital revolution has made it possible for anyone to be their boss by creating a business they can run from anywhere in the world at any time of day or night, as a result of this shift in technology and its ability to enable millions of people around the globe to start their businesses.

Fantasy sports are a type of online competition that involves players making predictions about the likelihood of real-life events. The best part about them is that you can play for free, and the prizes are usually small but frequent.

You can choose from various games, including the NFL, NBA, NHL, and MLB (baseball). The better you perform in your fantasy leagues—and the more accurately you predict what will happen on game day—the more points you get when it comes time to tally up all your scores at season’s end.

The most obvious way to monetize your website is by charging users a fee to join. You can also charge players a fee to enter the league and advertisers for placing ads on your site.

With the growing popularity of fantasy sports, more people are playing daily. However, there is a lot of traffic on the internet that can be harmful to your system. This is why ensuring that your app is safe and secure from any threats or vulnerabilities is essential.

To ensure this, you’ll want to use an experienced team with years of experience developing apps like these. They will know how best to protect your users’ data while ensuring they have an enjoyable experience playing games online by ensuring their software isn’t slow or buggy at any point during gameplay sessions (which would otherwise make players leave).

The most crucial reason why sports fans are using fantasy sports app development is that it’s so easy to use. Sure, you may have heard about other benefits of playing games on your phone or tablet, but what about accessibility?

Fantasy sports apps are easy to access from anywhere (and any device) and provide an engaging experience that keeps you interested in playing for hours at a time. You can do all this without worrying about missing out on your favorite team!

Undoubtedly, the industry has a long way to go regarding development. In the era of modernization and changing trends, fantasy sports app development is one of the prominent business models. 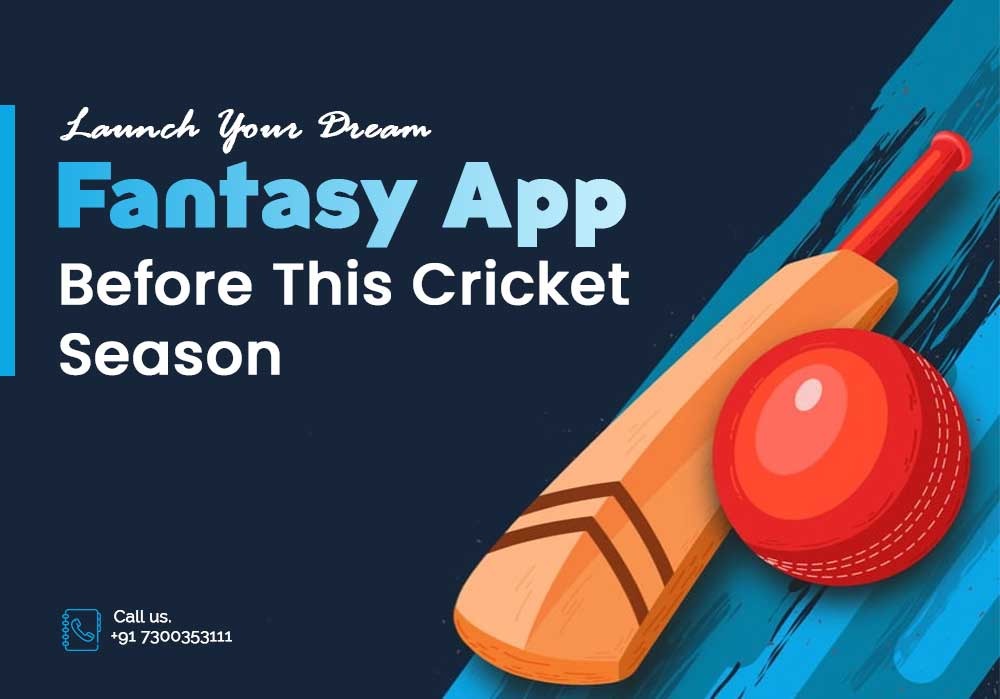 This article helped you understand the industry better. In the era of modernization and changing trends, Fantasy Sports App Development is one of the prominent business models. We hope this article provided insights into how these apps have changed our lives and made them more useful.