Web3.0 and Cryptocurrency- A New Generation

Web3.0 and Cryptocurrency- A New Generation 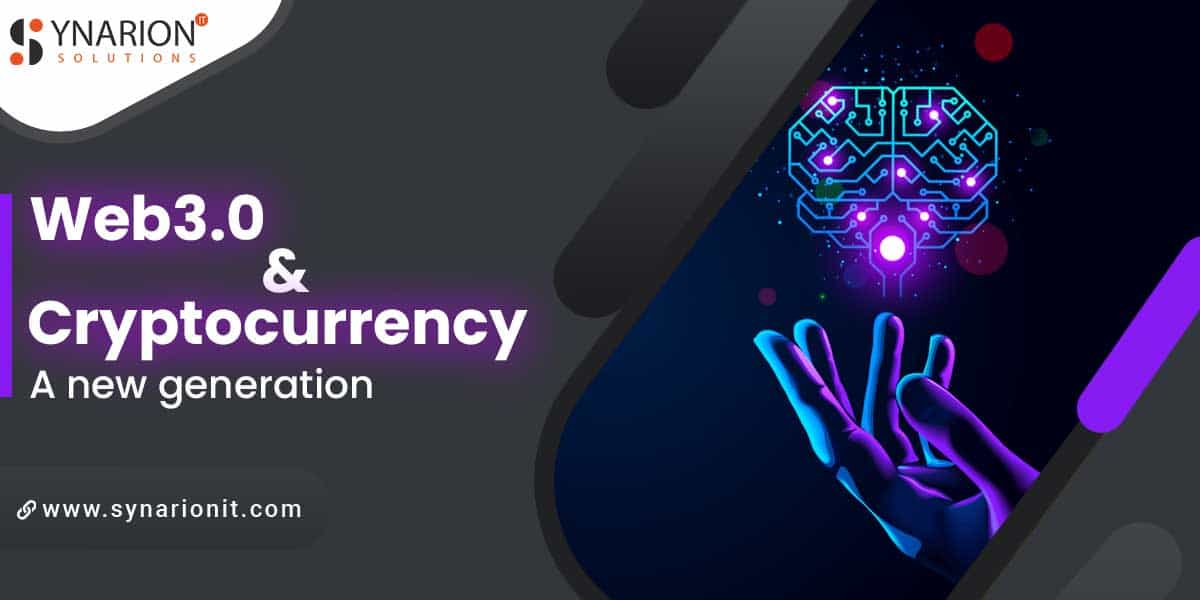 In the world of emerging technology, everything seems to be moving towards new and advanced ways to bring innovation, and Blockchain technology is gaining popularity now more than ever, and the internet is one of the unique areas among all which is expected to grow in the future than in present. While most of them try to develop new ways to invest in blockchain and cryptocurrency, so, Web 3.0 is set to become the foundation much bigger than the IT industry which you could have dreamed of.

Web 3.0 is a new internet breed that aspires to be a decentralized version of the virtual world. It aims for transparency, and users will access a limitless amount of resources, content, and agreements in the future. Web 3.0 tokens are decentralized projects that will use smart contracts to automate transactions across the internet.

Web 3.0, also known as Web3, refers to an evolved state of the worldwide web boasting a blockchain-powered decentralized ecosystem where users can interact without worrying about central data-speciﬁc repositories. Making it much easier for you, in the era of Web 3.0, search engines, social media platforms, marketplaces, etc. will be built on the blockchain and facilitated by cryptocurrencies, giving rise to novel developments like uncensorable content and more inclusive payment services.

How Cryptocurrencies are bringing new trends to Web3? Answering your question that cryptocurrencies are associated with Web 3.0 are known as Web 3.0 tokens or Web 3.0 cryptocurrencies which aims to give users more control over their digital content with the help of decentralized infrastructure by shifting the dependency of transactions and permissions away from a central authority. This is one of the promising notes for the creator economy, where users can be ﬁnancially rewarded when they own or bring digital data and value to the online community. While there are several early Web 3.0 applications, the era of Web 3.0 will only reach its true potential when the majority of current and future web applications and websites have embraced a decentralized web infrastructure.

Web 3.0 is the latest generation of the World Wide Web and its focus is on decentralization. Web 3.0 applications and services would increasingly be powered by blockchains, crypto-assets, artiﬁcial intelligence, and metaverses. Web 3.0 is expected to provide personalized content and also enable people to control their data.

Traditionally, Web 1.0 is the ﬁrst generation of the world what the web of the near future could look like and what is the new change it is bringing to the people.

To understand what Web 3.0 truly means, one needs to know about its predecessors, Web 1.0 and 2.0.

wide web, where websites were mostly static and used to broadcast and browse for information. Web 1.0 was built on decentralized and community-governed protocols, and the user demographic was mostly content consumers rather than content creators.

Web 2.0 is the familiar Internet that we know and use today, and comprises more user-generated content and an increased number of use cases other than information browsing, including social media interaction and online shopping. Web 2.0 is dominated by centralized services run by corporations with the power to censor user-generated content and store data in a single database or repository. Examples include Facebook, Wikipedia, and Twitter with the authority to censor user content, or payment companies denying someone access to their services.

Why is Web 3.0 relevant today?

A discussion concerning Web 3.0 can quickly get profuse for the uninitiated. In reality, it aims to make the internet more open source to avoid hacks, leaks, and dependence on centralized repositories. As it is more like a system for the users, ideated by the users, in the form of creator-driven platforms.

Looking forward to 2022, Web 3.0 is becoming quite relevant as most users are continually focusing on customized and personalized browsing experiences. And, there is a growing need for humanized search assistants that are way more intelligent, complete ever-present, and powered by semantics, AI, and obviously, Blockchain.

What is the connection between Web 3.0, blockchain, and crypto: How are they linked?

Web 3.0 strives for openness and transparency, so does blockchain. But this is not where the parallels end. Blockchain, as we know it, aims at keeping the insights organized as blocks, with the cryptographic hash that is entrusted to make them immutable and secure.

No doubt that if Web 3.0 becomes a reality, the virtual world will see resources, applications, content, and agreements that are accessible to all, provided the cryptographic keys are in place. There will be a slew of decentralized options around to make the universe more inclusive for each one of us as with blockchain paving the way for a democratic form of internet, it would ﬁnally come down to dApps and Smart Contracts to automate speciﬁc processes. And that is where the top crypto players come into play. With this crypto player that would oﬀer the best technology to contribute to the Web, the 3.0 ecosystem will get the maximum attention of the users in the future. 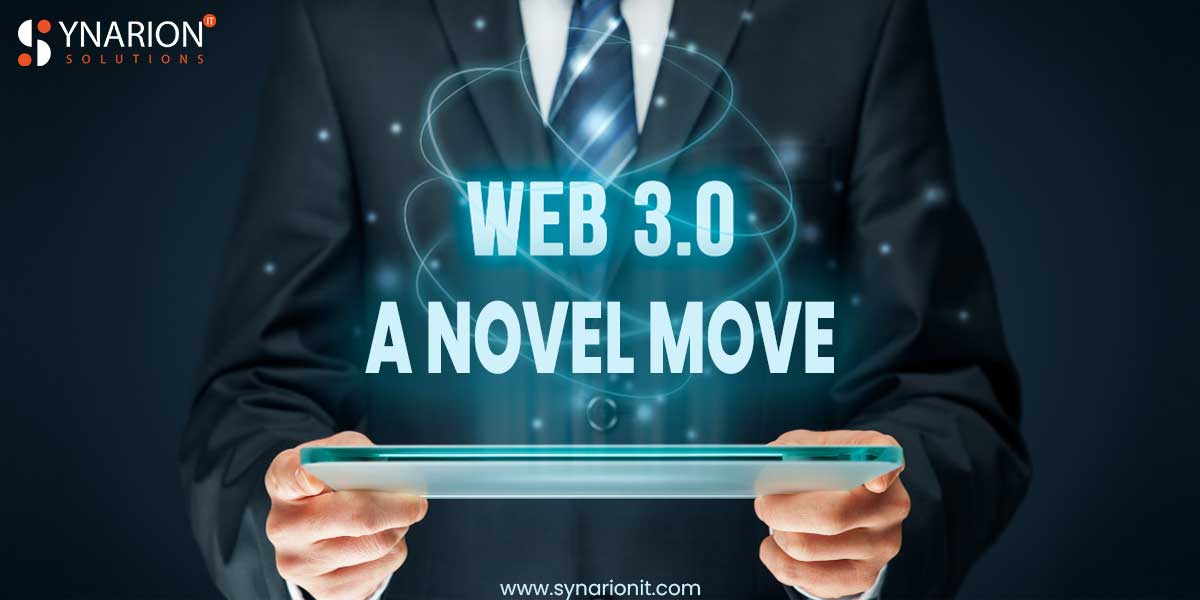 Cryptocurrencies are facilitating the rise of Web 3.0, the Internet of the future built on decentralized blockchain networks.

The current version of the world wide web or Web 2.0 is characterized by social media platforms, which allow the greater snowballing of user-generated content. This is a far cry from Web 1.0, which was all static and non-interactive.

As per the updates, Right now, ﬁve big tech companies, namely, Twitter, Facebook (now Meta), Google, Apple, Microsoft, and Amazon, control how our data will be used and where it will be stored processed. Their algorithms decide the information that we consume, which has left alarm bells ringing as the social media giant will be positioning itself ready to build the metaverse, and in keeping with that goal, it changed its parent-company name to ‘Meta’. Meta will now be known as the overarching company that runs Facebook, Whatsapp, Instagram, and Oculus among others.

Now, Web 3.0, with its crypto, blockchain, and metaverse use cases, is being touted as a movement that will wrest back the control of the internet from the ﬁve big tech companies. Instead of our data residing with centralized organizations today, Web 3.0 would see it residing on blockchain networks and thus, being owned by users themselves.

It could be as simple as a user based in India and another based in the US, having a business meeting inside a virtual reality metaverse such as Decentraland, which is built on the Ethereum blockchain. They could then complete their planned business deal using their crypto wallets linked to their metaverse accounts. And that’s that. Facebook realizes that this is the future of the internet, hence it’s rebranding to Meta.

The craze around metaverse is that people and organizations are spending millions of dollars to buy land that only exists inside these virtual worlds. But it makes business sense because in the future when people are going to wear their VR headsets and meet inside these virtual worlds for social gatherings, music concerts, and art auctions, you need to land here for advertising and events.

He recently tweeted. “You don’t own ‘Web 3.0’. The VCs and their LPs do. It will never escape their incentives. It’s ultimately a centralized entity with a diﬀerent label. Know what you’re getting into.”

According to new research by the US India Strategic Partnership Forum (USISPF) and digital currency exchange CrossTower, Web 3.0 can help India contribute an additional $1.1 trillion of economic growth to its GDP over the next 11 years. Digital assets like Bitcoin, Ether, Solana, Algorand, Stablecoins and other blockchains are the fuel of the future ﬁnancial ecosystem and Web 3.0.

Whether India will be able to harness the potential of Web 3.0 early on will depend on the regulatory approach we take on cryptocurrencies which are the new generation on the planet. The answers to these questions will be found in the next year.

In the next era of the internet, you won’t have a social account for each platform instead, you’ll have a single social account, able to move with it from Facebook and Twitter to Google, shopping websites, and more.

Your moves may be cataloged on the same digital backbone that supports cryptocurrencies like bitcoin blockchain, instead of massive corporate servers like Amazon Web Services. And this new iteration of the internet won’t be controlled by a central power, meaning no single entity will govern it as Facebook, Google, and others govern their empires.

In the essence of this world’s biggest technological move, there will be massive changes in the lives of humans. There is not a small change, rather there will be the ubiquitous move in the new era with the advanced Web 3.0 and Cryptocurrency that are leading with the growth in the digitalized world by bringing new and futuristic technology in the world of the Internet and Artiﬁcial Intelligence.