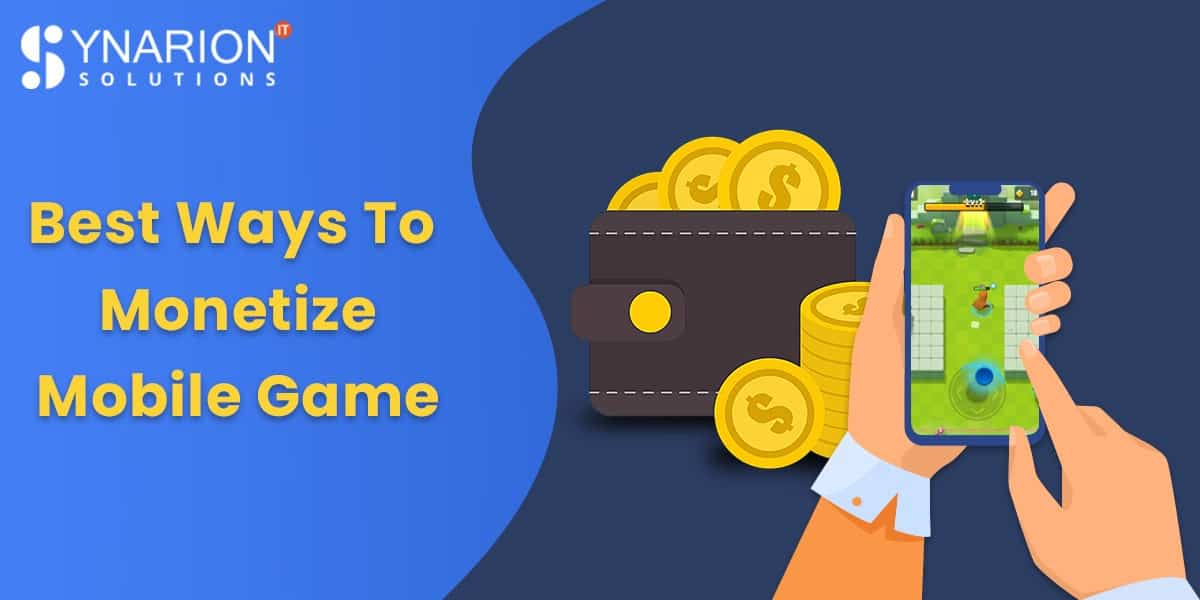 Did you know every year there are millions of apps released every year? Over time, the maturing digital industry would capture the market by 147.2 billion annually. The mobile apps industry has experienced the highest spike, and it is estimated to generate about $189 billion in revenue by the end of 2020. The Apple app store has about 2.2 million apps and about 2.8 million apps on the Google Play store.

Launching an extraordinary gaming app that users fall in love with is just a part of a successful app. But the struggle doesn’t end here; the next critical step is to monetize mobile games with the right strategy.

Free apps have outnumbered the paid ones in terms of downloads and profits. To create a profitable app, you need to closely monitor the target market, create engaging and distinctive gameplay and strategies to monetize it. 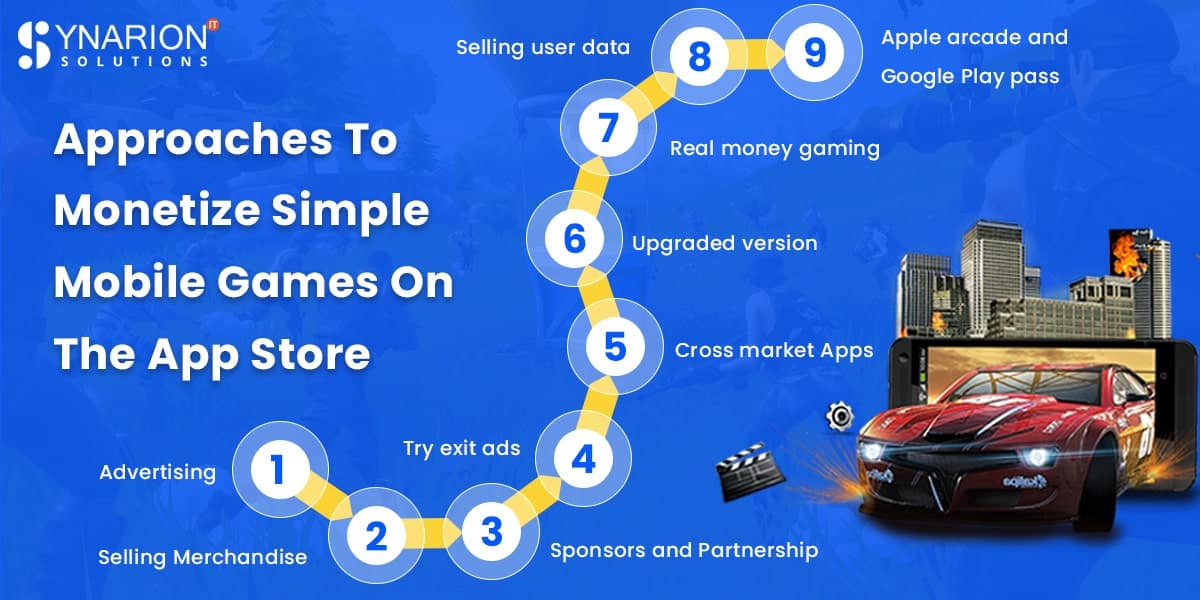 If your customers want the app free, allow them. If you think that prompting them for an in-app payment option would not lure them, then forget it. But still, there are potential options to implement – in-game app advertising. It could also be done through third-party ad networks. As an app owner, all you need to display a commercial inside their mobile application or choose for affiliate marketing and get paid for the ad networks.

Another innovative approach is to sell the products in your free mobile apps. Many businesses develop a free version and later sell physical goods like shoes, shirts, weapons in apps, shirts customized with game symbols, and much more. You could either sell the physical product directly or through e-mail marketing.

This sort of monetizing mobile game is more appropriate for those who need to gain a solid amount of users, along with a substantial amount. Sponsorship is similar to a racing team or an event. Sponsorship requires fewer resources like push notification, in-app advertisement, a sponsor named integration, location-based offers, or anything relevant to them and their targeted users.

Also Read:- Top 10 Online Games Which Can Boost Your Business

Regular banner ads could be annoying if you just downloaded your apps and are greeted with loads of advertisements on the screen. You could substitute by showing ads when they are about to see off. You could also consider a small variation in ‘Interstitial Ads’. Instead of showering ads, you could show ads between the levels which are less intrusive than banners.

You can contact cross-market app developers to promote your gaming app along with their densely popular app. It works similarly to an affiliate marketing program where you could place your product on another website or app. This wise and ingenious monetization method makes it better than banner ads.

Though the market for this aspect is quite small but premium, mobile game versions are still way out to get profit. Blending paid-for and in-app purchase business models, you can develop multiple versions of the app that would help you gain benefits.

As per studies performed in Forbes, in-app purchases generate revenue for their publishers. The premium model can be considered the most straightforward in terms of monetization. The developer creates a high-end product that can be used from start to finish and sells it at a fixed price. The developer lures the customer by offering, free to try, pay for uninterrupted playing.

Try to input real money gaming wherever possible. This is not practical throughout the world; it has generated massive revenue where it is permissible. Some regions consider it legitimate when it comes to real money while some reasons contradict the idea of this. The UK is one of the biggest markets for real money gaming.

Marketing teams have a new approach of capturing user data, and about their spending behavior, for this, they are willing to pay an enormous amount. As per the data gathers and behavioral data, the advertisers can pay you a valuable chunk of money.

Most of the users are not familiar with Apple arcade and Google pass yet; they are like Netflix subscriptions for mobile games. As a customer, you need to pay a monthly subscription, and at the end, you get a large selection of premium as well as high-quality games without annoying ads.
Apple and Google store share the revenue as per the user playtime in your app and fractionate the income to developers based on it.

There is no doubt there are new market strategies implemented for monetizing mobile games. Each approach follows with pros and cons; the best way to ensure profitability is monetizing it beforehand.

Trying out these tactics and analyzing competitors is moderately an immeasurable starting point.  Beyond these strategies, you could implement your idea by thinking out of the box.