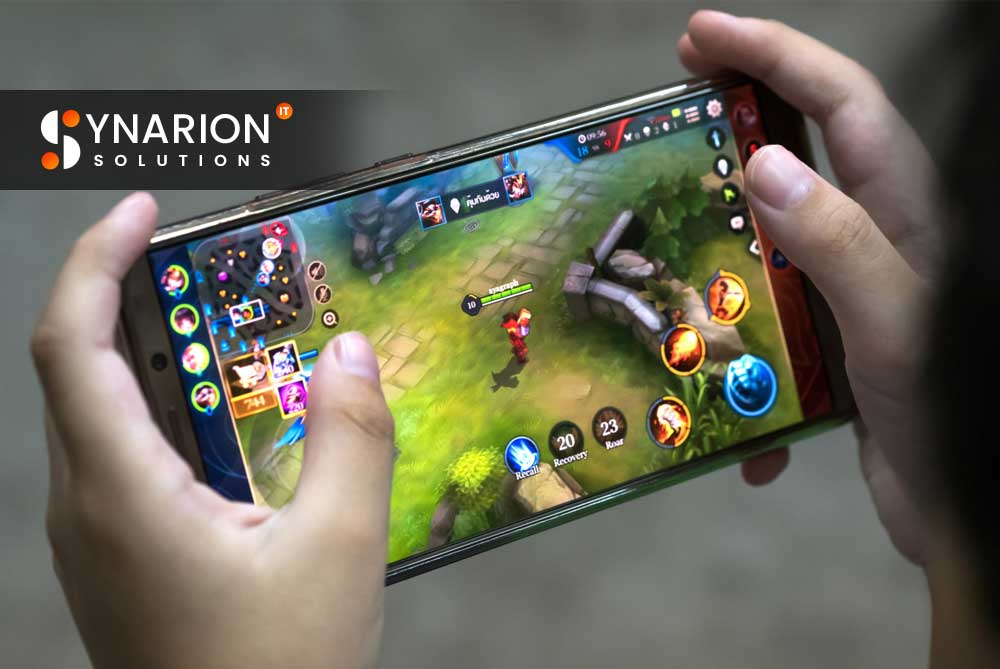 Mobile gaming was not among the activities halted by the Covid-19 epidemic. During lockdowns and quarantines, many people were compelled to leave their houses in search of new ways to contact others and pass the time. Additionally, many people found that playing games on their mobile devices kept them entertained and connected to their loved ones.

The gaming industry has been maximum growth in the past few years. Globally, there were 2.69 billion players of portable games in 2020 and 3.25 billion in April 2022. Therefore, if you are from areas like Colorado, Tokyo, or Delhi, you may have played games on your mobile phone, from various online games to adventure escapes. Let’s see the top 10 mobile game development trends in 2023. 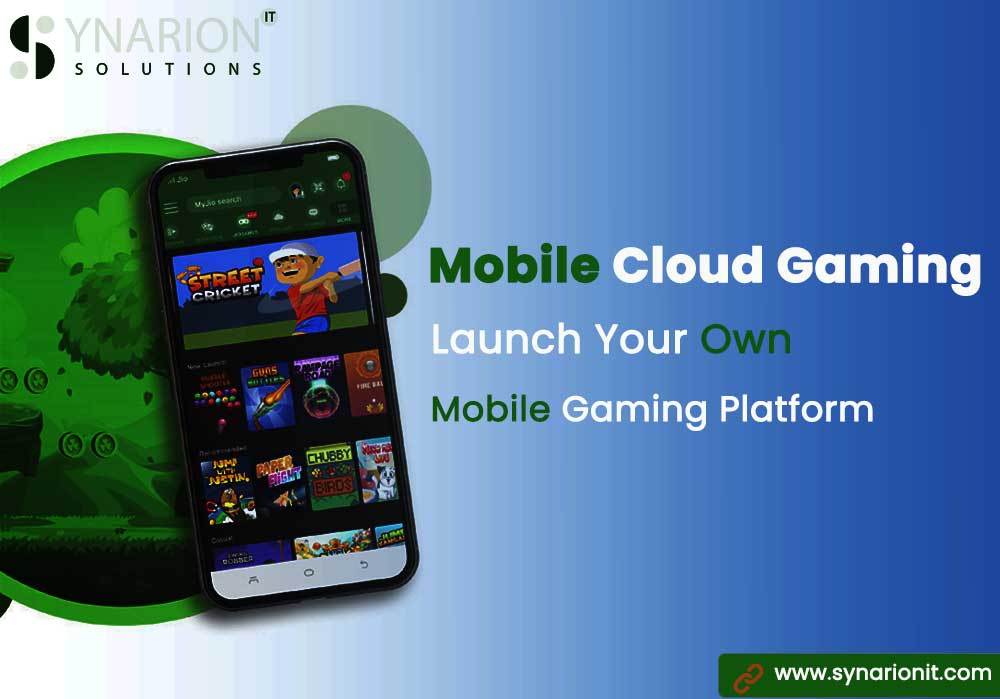 Cloud gaming allows users to stream games across various devices because games are processed on remote servers rather than on individual devices. Cloud gaming only needs a device that supports a good internet connection. Players are no longer restricted to particular hardware with cloud gaming. There will be more collaboration, interaction, and competition in games since they can join from anywhere and everywhere.

In addition, cloud gaming will eliminate the need for expensive consoles and high-end gaming PCs because even the biggest, most complicated games can be played on mobile devices. Additionally, it might enable game developers to create titles that accommodate far more players than they currently do. Players no longer need to download or update their games because updates will happen automatically in the background with cloud gaming. For gamers who are frequently annoyed by downloads and updates—after all, these take a lot of time and could even interrupt games—this delivers a more fluid gaming experience.

A recent trend in gaming allows players to play games wherever, with whoever they choose, and on whatever device they choose, thanks to cross-platform gaming. Nowadays, playing a game is more about the game you play and who you play it with than the platform you use.

Although playing with friends is a common aspect of gaming, it used to be challenging because of the differences in games published on various systems. However, many games today support play across all the main gaming platforms. Gamers can cooperate and compete in this fashion, independent of the gaming platforms they choose to employ.

eSports are on the Rise

eSports, also known as competitive gaming for professional gamers and fans, has been popular for years and is expanding quickly in the gaming business. League of Legends, Call of Duty, and Fortnite is just a few popular video games that include rivalries between players from various leagues or teams.

Millions of fans watch and follow these games worldwide by going to various live events, watching them directly on TV, or using online tools. Users may watch their favourite players play in real-time through streaming platforms like Twitch. Particularly in the COVID-19 period, the popularity of eSports is still increasing.

By the end of 2021, the value of the worldwide eSports market was forecast to surpass US$1.1 billion, an increase of roughly 51% from the previous year. Additionally, it is anticipated to increase by about US$2.1 billion in 2022. As a result, in-game app development will continue to be influenced by eSports in the future. 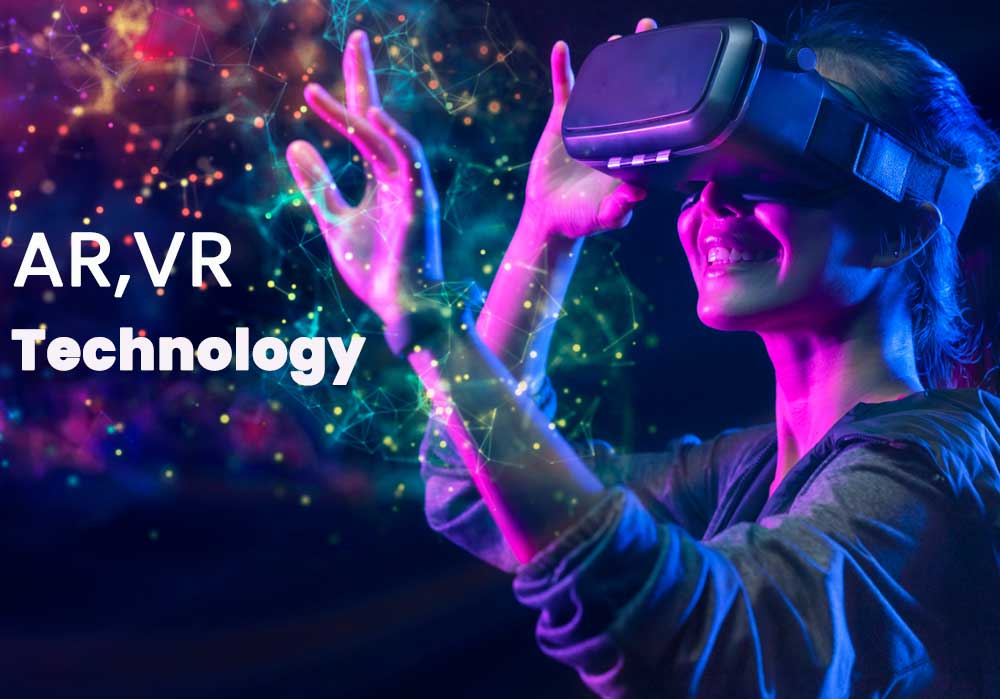 AR and VR look promising soon for the gaming industry. Virtual reality is a type of simulation that closely resembles or is very different from the real world (VR). Wearing a VR headset thoroughly immerses users in the created environment. Customers can have an engaging, dynamic experience that gives them the impression that they are truly playing the game. In contrast, even though augmented reality systems hardly use them, you could need specialized VR headsets for virtual reality games. Games can be played on computers, tablets, smartphones, and other gaming systems. With a gyroscope, clock, smartphone camera, and other complex features, Pokémon GO is regarded as the most sophisticated augmented reality game app. Location determines this environment. The current surroundings are displayed on the screen, and if any Pokémon are around, a rustle of grass may be heard. Tapping the touchscreen displays the capture screen. When the AR mode is on, Pokémon are displayed on-screen in actual environments.

Electronic gadgets that can be worn are referred to as wearables or wearable technology. They have sensors that can gather, process, and transmit data. Smartwatches, wristbands, and rings are typical examples. While wearables are frequently linked to health and fitness, the gaming industry is also seeing a rise in their use. For example, data-tracking devices can monitor a player’s gaming sessions. The player’s gaming experience is then improved using and analyzing this data. Additionally, there are wearables designed to assist gamers in staying on task and performing better.

To enhance streaming quality, wearables could potentially house covert microphones. These wearables enhance the whole gaming experience for players, increasing demand for them, particularly among competitive players. Sensors on them can be used to monitor, analyze, and communicate. Wearables are another option that can turn your virtual gaming experience into a physical, real-world game. As an illustration, MadRat Games used this technology to introduce SuperSuit, the first wearable gaming platform ever. Players don the costume, venture into a big, open area, and begin the game! The suit modernizes laser tag by communicating with other suits using cutting-edge sci-fi technology. Such cutting-edge technology is also gaining popularity since it lessens screen time, boosts social contact, and encourages kids’ physical exercise.

The most modern wireless technology in use today is the fifth generation mobile network or 5G. Almost everyone and everything can be connected to the 5G network. The best part about it is that it has extremely low latency and can give higher peak data speeds of several Gbps. Such fast internet and greatly reduced latency will make many new advances in the game business. Starting with cloud gaming, 5G internet has the potential to revolutionize it because processing power doesn’t always need to be on your phone but maybe be on a server someplace. 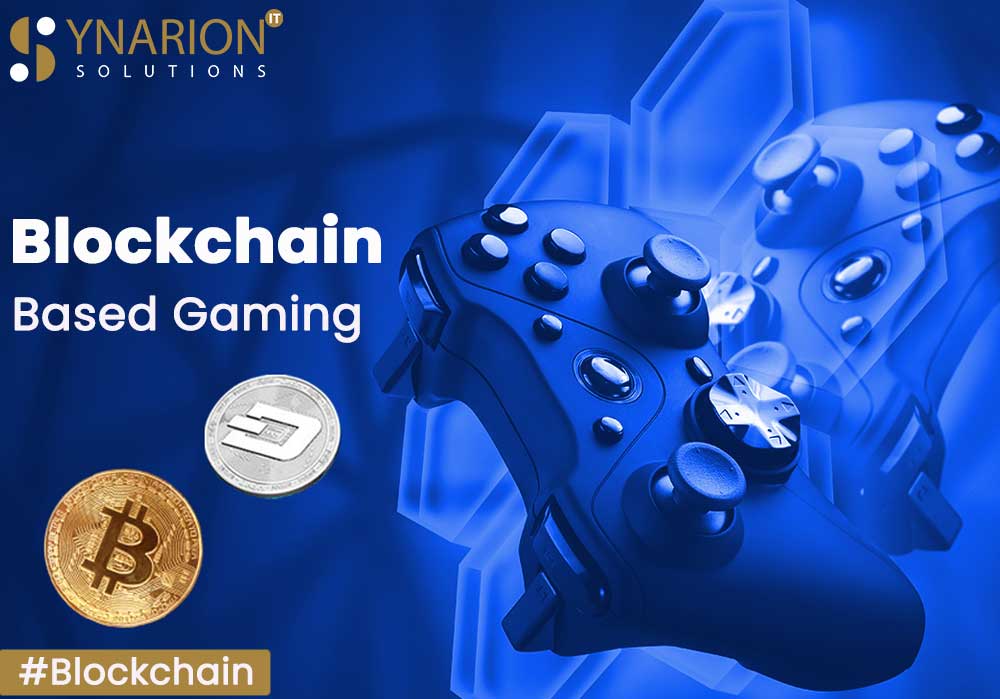 Blockchain has altered the rules of gaming by reinventing it as a viable industry with a multitude of prospects thanks to its usage of strong data encryption technologies. By preventing hackers from accessing or damaging online transactions, blockchain technology has allowed organizations to safeguard their applications in a highly secure environment.

With the use of this technology, in-game purchases can be made securely. The safety and security of developers will also be improved by enabling players to switch from a Pay2Win environment to a Play2Earn environment, thanks to blockchain technology. So, for creating and storing in-game assets, Blockchain may be a revolutionary, creative, and exciting platform. 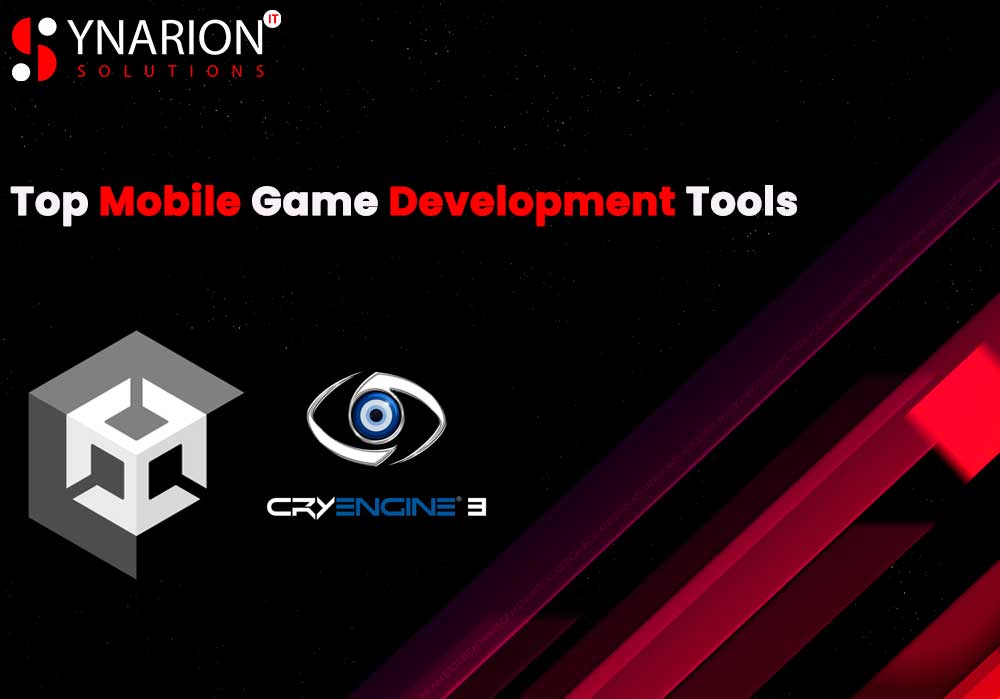 Let’s look at the top game creation tools utilized in the gaming business now that you are familiar with the leading trends in-game production:

Unity is the most popular technology used to develop games in the gaming industry. Integrated Development Environment, or IDE, is a feature included in the cross-platform Unity game engine, which Unity Technologies developed in 2015. Unity is one of the most widely used programs for creating video games for mobile, desktop, and console platforms.

Because of its incredible feature, Flowgraphs, which helps developers make a gaming environment more fantastic and engaging, CryEngine is the most well-liked game creator. Developed by German video game company Crytek- CryEngine is the name of a game engine frequently used to create video games worldwide. Because of its graphics outputs, it is the most popular gaming tool. When you want to create a game with superior graphics and greater visuals, Unity is the tool of choice.

One of the most widely used gaming programs for producing 2D games for sale is called Game Maker Studio 2. The wonderful cross-platform GUI-based goods, including games and applications, are frequently made using the free, open-source, and cross-platform Cocos2d game development framework. If photorealism is a top priority, Unreal Engine can be a fantastic choice. Godot is frequently used to create both 3D and 2D games that are completely functioning, similar to Unity. The most dependable framework for newbies and developers who are just starting their careers in game creation is thought to be AppGameKit. Corona SDK is a free, cross-platform framework ideal for building top-notch mobile and desktop applications. Corona Labs developed it.

The process of creating video games is getting more collaborative. Game developers make open-source projects so that other developers, especially independent developers, can collaborate on changes.

Software Development Kits, also known as SDKs, are a collection of programs and tools used by developers to construct apps. They enable this. With the aid of an SDK, developers can collaborate on creating games; all that is required is sharing files. SDKs facilitate cooperative game development and explain how your code operates. This makes game production more effective. 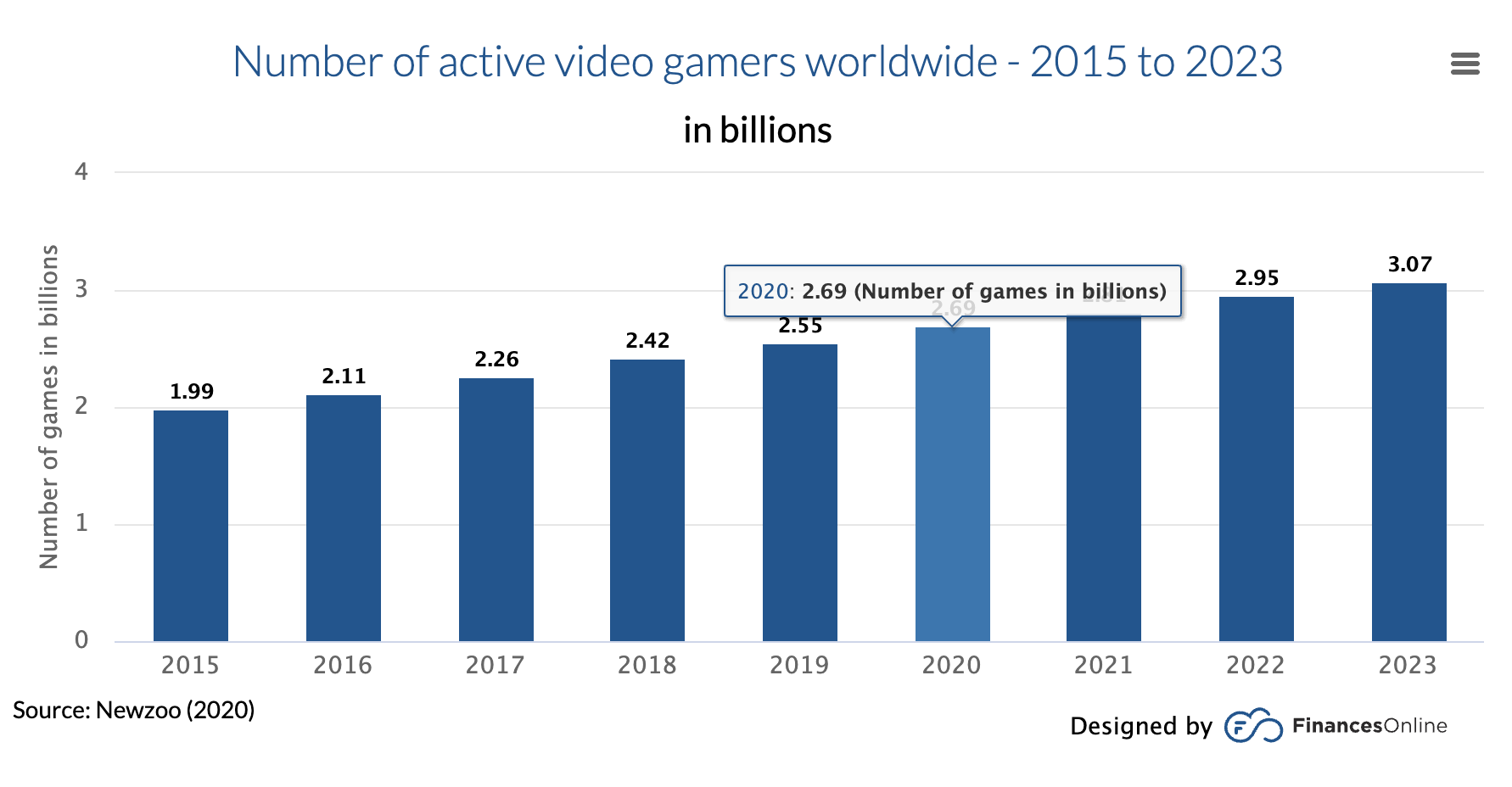 To put things in perspective, according to GameAnalytics, there were 1.76 billion mobile gamers worldwide in Q1 2021, up from 1.3billion. From the prior quarter, this is a 47 per cent increase. According to Newzoo, one of the most often cited sources for game market data, the total number of mobile gamers reached a peak of 2.5 billion in 2021. Additionally, according to their Global Games Market Report, there will be 2.91 billion gamers worldwide in 2022, which will bring in $189.5 billion in revenue. The gaming market, estimated to be worth USD 198.45 billion in 2021, is expected to increase at a CAGR of 8.94 per cent from 2022 to 2027 to reach USD 339.92 billion. Some people used gaming platforms to pass the time during the COVID-19 pandemic-related countrywide lockdowns. As a result, these platforms increased web traffic by hundreds of thousands of additional users. Player and revenue patterns in video gaming are rapidly increasing.

With rising interest, rising per capita income, and an increase in dual-income households, the gaming market is expanding and contributing to the global market’s development. The market has significant future growth potential due to rising smartphone and console usage and cloud adoption. The gaming market is divided according to geography and gaming platform (console, tablet, smartphone, downloaded/box PC, and browser PC).

Although experts predict a rapid expansion in the sector, trends in the online gaming industry are positive. India is currently considered one of the world’s top gaming markets. The KPMG analysis predicts that after five years of steady growth, it will have tripled in value and will be worth $3.91 billion by 2025. The total number of online players climbed by 8.21 per cent, from 360.13 million in 2020 to 391.56 million in 2021. There will probably be 451 million players worldwide by 2023.

The general scene has undergone a dynamic, quick transformation due to trends. It is today characterized by a wide variety of gaming genres that serve an international gaming community. The mobile gaming industry currently generates billions of dollars annually, with important centres like the United States and China driving the industry. The tendency is also expected to persist.

There’s no denying that Covid has contributed significantly to the social mobile gaming market’s current surge in popularity. Developers must first choose the genre in which their new game will be situated before deciding to create a new gaming app. Making this decision is not always simple, though.