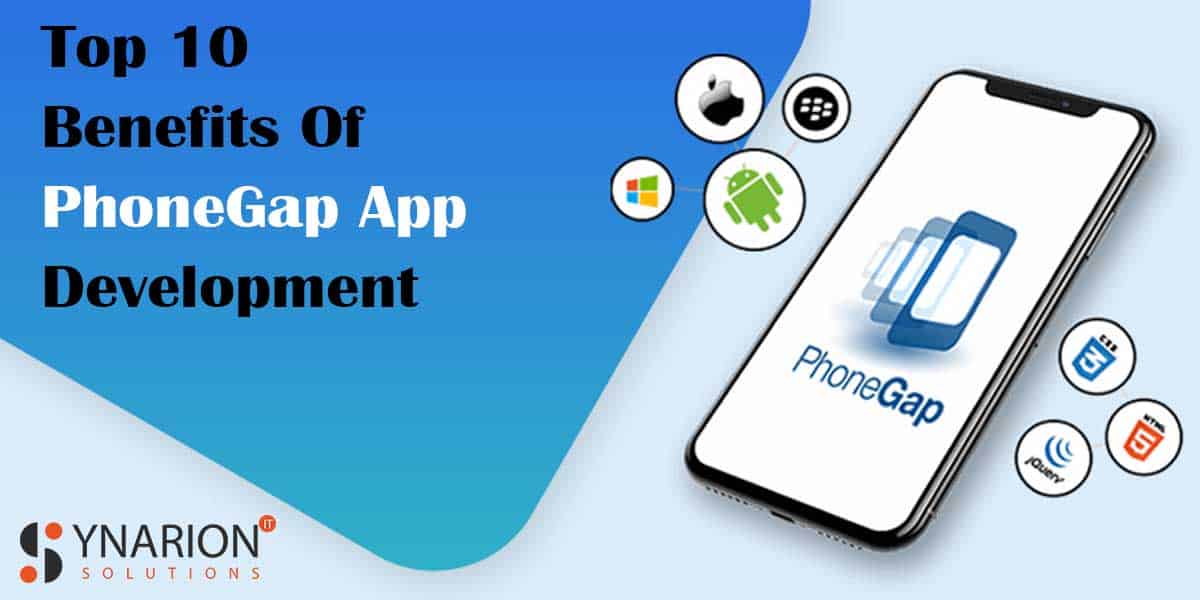 Business owners could consider PhoneGap as their cross-platform tool as it offers several benefits. An essential requirement for organizations is that their apps must run to multiple devices, which will help to increase their traffic. At first, this programming language was known as Apache Cordova, but later it was changed to PhoneGap, and the apps made could run on various devices including Android, and iOS. Let’s have a look at its benefits further in this article.

10 Benefits you could get from PhoneGap App Development

As most of you know, this is a cross-platform framework which is the first specialty of this tool. These days, cross-platform development methods are at the top, and people love the apps developed through this method. Also, if you create an app for one platform, you could quickly deploy it to other devices as it uses a single codebase. Moreover, the time taken for deployment won’t be much and with lesser effort.

A consistent presence is what most businesses want to have during their start-up, but sometimes they’ve to struggle for achieving it. It’s undeniable that apps made for iOS would not be perfect for Android or other platforms. But with PhoneGap, the app would be perfect for all the media, including iOS, Android, Windows, or BlackBerry. This is one of the most crucial benefits of using PhoneGap.

Business requires many bucks for several reasons, and to run correctly so, and it is vital to save some money wherever possible. It would be a hectic job to hire experts, and they’d charge a lot, even for minor things. But, if you consider PhoneGap for your business, any developer with basic knowledge of HTML, CSS3, and JavaScript could quickly develop the app from it. Also, the apps made from this particular tool would be similar to native apps and are better than web apps.

You’d be surprised to see the apps made from PhoneGap would include the features in your phones such as geolocation, camera, accelerometer, and others. Also, this particular framework having hardware capabilities that would also provide excellent UX during the procedure. You’d enjoy the benefits of having a great experience using it, and it won’t let you know that it is a cross-platform framework.

It’s not unknown that PhoneGap is an open-source platform, or in other words, we can say it is substantially unrestricted. Even if you have basic knowledge about these things, you could still learn much while using them. But, you’d find several experts in this field who would guide you with every single detail about the process. Also, you could discover several beginners video available on several online platforms or get suggestions from developers available in the community whenever you are considering developing an app.

We can’t deny that PhoneGap has a robust backup source powered by Apache Cordova and can be called a part of Adobe. This particular tool is much reliable as popular sources back it. Also, this framework offers you with few tools and numerous features that would help the app developers for an extended period. Moreover, you’d find PhoneGap content sync that would help fetch and cache the app’s contents. Interestingly, the AEM will help you to preview the changes and test the app that you’d make within your app.

Sometimes, it is hard to find tools that would be compatible with various plugins, but the PhoneGap build has the benefit of being consistent, especially with Cordova and PhoneGap plugins. If you are wondering about having few native-app features in your app, you could use PhoneGap to extend to offer native functionalities.

Each business is quite different from one another, and the one working for you won’t necessarily work for your competitors. Hence, the app that you’re considering to custom should be only for your business. All thanks to Cordova, who offers varied ranges of templates, you could now easily custom an app as per the requirements of your business.

Most of you were still wondering why you should consider this framework and why it is the best cross-platform tool? Now, we will answer this particular question in this section. Interestingly, you don’t have to create codes for each platform as it uses a single codebase, and that one code could be replicated to other devices. The apps created with PhoneGap can be mold with the help of PhoneGap Build services as per the requirements of the particular platforms.

The business world is full of competitors, and these days competition is increasing so, it is crucial to make your presence on numerous platforms altogether. PhoneGap offers you to make such a presence by developing an app that can run on several platforms. In this way, you could release your product in the shortest period at several venues to increase your traffic in the market.

All the features mentioned earlier or benefit made PhoneGap one of the most popular cross-platform frameworks today. You could enjoy the availability of tons of libraries in PhoneGap. Interestingly, you could indirectly get access to native apps using this framework. Business owners should give this framework a try to help them enjoy several benefits necessary for the business.

We hope now you all get the idea about the benefits of PhoneGap app development. If you are considering using PhoneGap as the cross-platform technology for your business, you can proceed to it. We have listed ten primary benefits you’d enjoy while using PhoneGap for your business app development. We have tried to cover up as much as possible about PhoneGap through this article, and you can witness its extensive capabilities and various applications in a single usage.