Tips and Trends to Create A Massive Social Networking Platform 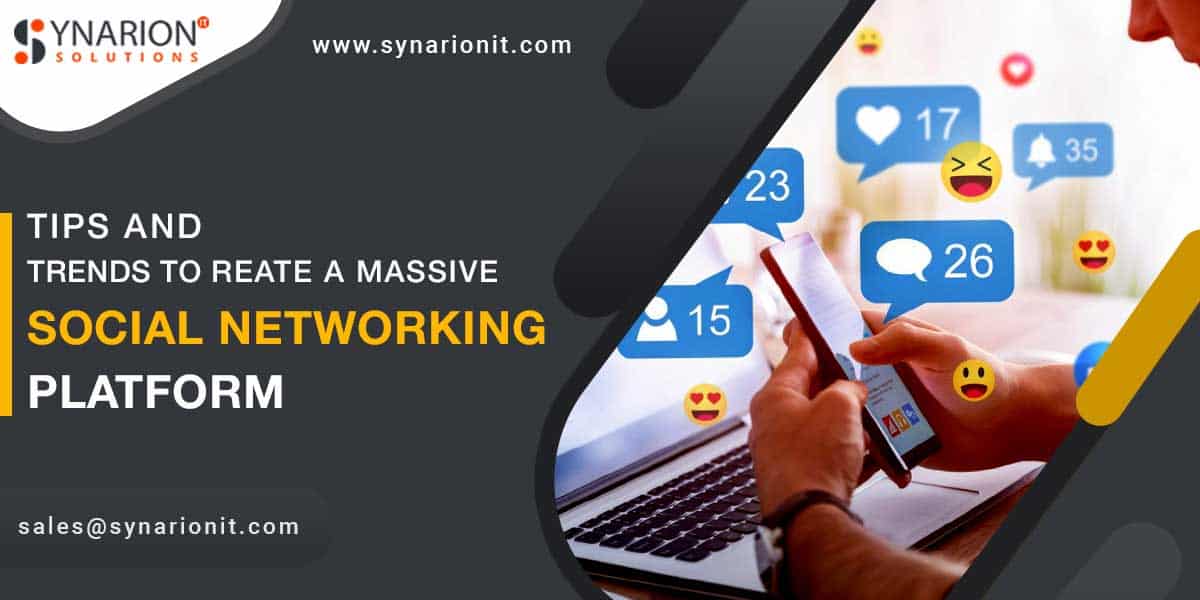 Tips and Trends to Create A Massive Social Networking Platform

The actual depth of Social Networking platform goes unnoticed every single day by the people using them. These aren’t just a platform for sharing news, thoughts, and personal events. Spending time on Social Media is a daily part of more than three billion lives around the world. Whether you’re talking about Facebook, Bumble, or even spicier Tinder, it’s undeniable that dating app development has become a surefire way to get famous (and get rich!) using the Internet.

Before we get into what a dating app development company should be doing, let’s talk about Social Media apps. When Facebook, the first Social media app to reach global popularity, was created by its developer Mark Zuckerberg, it wasn’t so he could make money off it. In essence, he wanted to change the way people kept track of their friends. Instagram, for another example, came out of a need for a place to share photos. WhatsApp? A need for easy, secure, and encrypted conversations, whenever and wherever.

Ask anybody what a tinder app clone needs, and you’ll get varied answers, ranging from money, a professional workforce, to even a prodigal developer. The real thing, though? The true secret of being a successful Social Media app?

A Social Media platform has to satisfy a need. Look at any successful online venture: every one of them found a relatively unknown niche and built their business around capitalizing on it. If you’re looking for tricks for how to create your own dating app, the best tip anybody can give you is to do your own thing!

Let’s look at a couple of statistics that point out the growing popularity of dating app clone apps all over the world:

If these facts haven’t already made it clear to you, Social Media apps are only growing more popular every day. There is, however, a fair amount of cost that goes into tinder clone app development, which we’ll explore in detail later on. 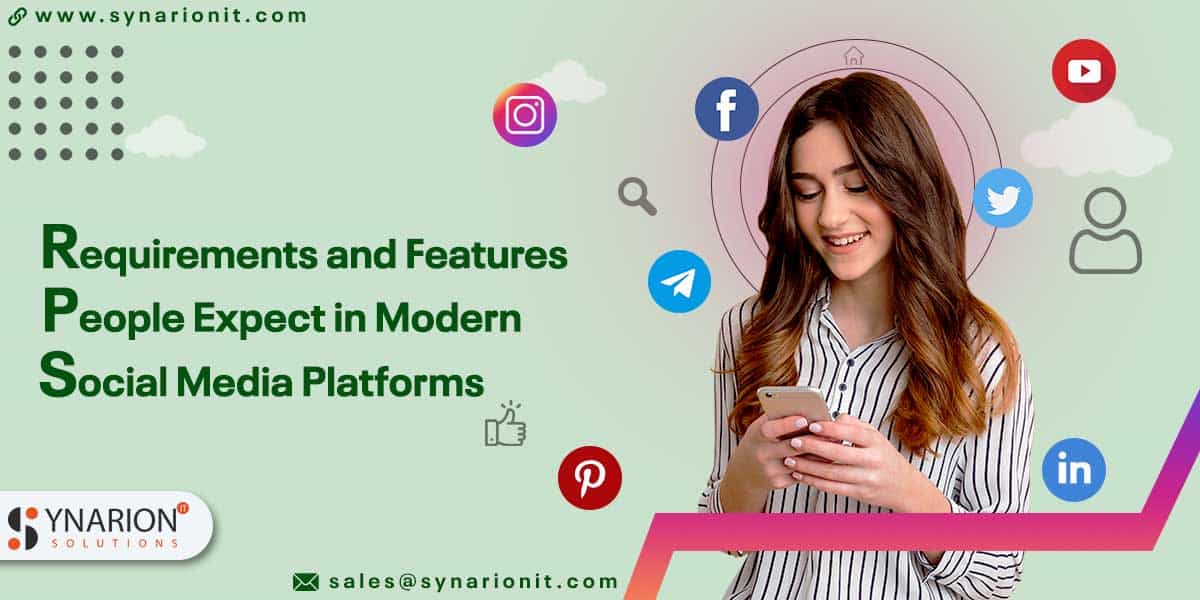 Suppose you have the funding to create your own dating app, along with the coding capabilities you need for developing apps and platforms of that size. The next step would be to create an essential list of features and functionalities that people expect from a dating app. Things like private chatting and sharing media are a must, and you also need to have quality-of-life features in your UX/UI design.

Listing those out can be challenging if you don’t know what you should be looking for, which is why you’ll find a list of essential features and functionalities for dating mobile app development down below: 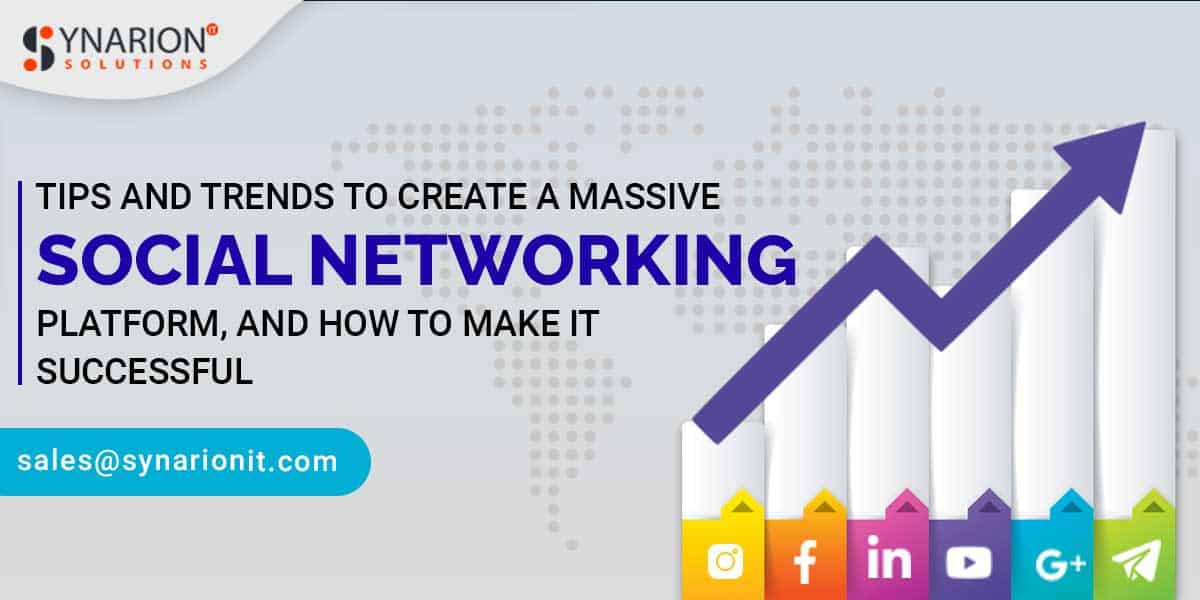 Tips and Trends to Create A Massive Social Networking Platform, And How to Make It Successful

And now that we’re done with the nasty technical stuff, let’s get to the fun part: the India dating app development! Building your Social Network app isn’t all that tough, but it’s going to take two things, mainly: the willingness to work hard and the common sense to work smart. Check out the guide below to know about five essential steps for building your Social Media app:

Paying attention to the audience your dating app appeals to is super important. Define the core audience that’s drawn to your idea, and then create your own dating app by adding features that would appeal to them. Use as many filters as possible to define your target audience, and categorize them into different sorts to figure out how to design your app for all of them. There are two main things involved in defining your target audience:

2. Developing and Implementing A Growth Strategy Based on User Data

A growth strategy will prove crucial for beating the smaller levels of competition in the field. Like most things, you should base this dating mobile app development stage around the users drawn to your dating app. It sounds tricky, right? It doesn’t necessarily have to be, though. Aligning your growth strategy to your users requires you to do two things:

Before you decide exactly how you want the social network development company to make an app like Tinder, you have to satisfy prerequisites. Mainly, you need to make decisions concerning two factors: Funding and Platform Decisions.

Let’s talk about funding first. You’re not doing anything without the proper funding. You can invest your own money into the app, which many entrepreneurs are choosing to do these days, or take out a low-interest loan to satisfy capital requirements and development costs.

Platform decisions, an equally important point, come next. Is your Social networking platform only available for computers, or will it have a mobile version? Will it offer browser versions only, or will it have a desktop app too? Things like these are best decided using your market research and what current trends indicate.

How do you create a social network platform appealing to people and is yet stylish and smooth in appearance? The answer is to have a minimal design. Sure, keep spaces for advertisements, but the priority in UX design should always be to keep it smooth and streamlined and not overwhelm the user with different elements. A simple, user-oriented design can go a long way to make users way more comfortable using your dating app.

Though there are some things that you should have in front, like:

A simple user-centric design can often be tough to come up with. However, coming up with the perfect setup can be done by combining market and user research and taking ideas from the social network development company or team designing the app itself.

After the dating website development process is over, promotion and marketing become the next priority for your Social Networking Platform app. A simple tip for the promotion stage is to follow the AIDA marketing model, standing for Attention, Interest, Desire, and Action. These four steps are a foolproof guide to generating more interest in your Social Media dating app, and you have hundreds of options for them.

Monetization steps, like advertising, cooperation with other business entities through affiliate programs, and marketing physical products like books and companies, are always necessary to keep your app going in the long run.

Monetization also removes the most significant worry of developing a Social networking platform app: it relieves you of the burden of expenses by generating income.

To make an app like Tinder, you’re going to need some financial backing beyond the contents of your savings account. Contracting a social media app development company in India to make an app for you will come with a fair amount of expenses. And that’s not it: you also have different costs like marketing, SEO, and even additional charges incurred for promotion. Developing your Social Networking Platform app can easily take months if you’re going for a smooth, seamless product, but if you do it right, it’ll be worth it in the end. All you have to do is keep a single thing in mind: your target audience!