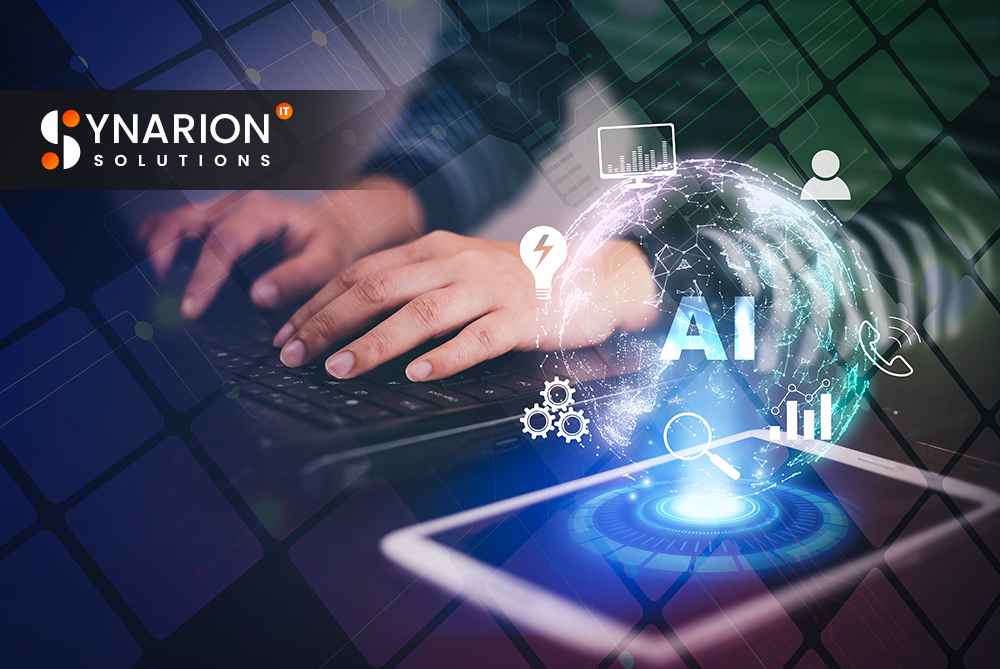 Business leaders and entrepreneurs talk about change, about adapting their business practices for a new era. What many people don’t realize, though, is that the new era is already here.

Trends like AR tech, the crypto blockchain, and connecting everything through the Internet-of-Things have taken the market by storm, prompting further advancements in their fields every day. However, navigating this era of smart-TVs, AI-powered chatbots, and blockchain technology can be quite challenging for anybody not intimately tech-savvy.

That’s why to help you out, we’ve assembled a list of The Top 10 Technologies That Can Change The Market Ecosystem in the Next Ten Years: technologies that we think will forever alter how we do business and our lives overall!

Trends to Change the Market Forever

Why wait? We’re going to dive right into the deep end with this list and start it off with something that’s been cutting-edge technology for the last decade: 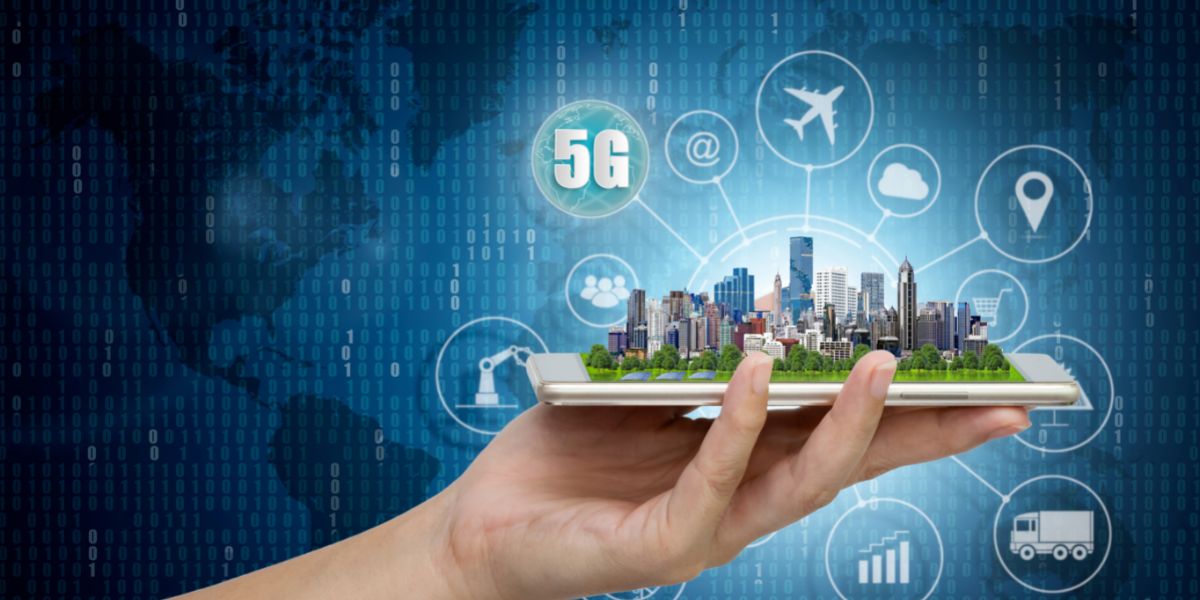 The simplest way to understand the Internet-of-Things is by thinking of it as an ecosystem. The IoT ecosystem is made up of web-enabled intelligent devices that use processors and other types of communication hardware to collect and send data collected from their environment.

Think of a pacemaker or other medical equipment continuously monitoring a patient’s vital signs. The same goes for automobile sensors that monitor fuel or incoming collisions and even biochip transponders implanted in animals.

Organizations have started using all that data floating around to operate more efficiently by getting a better understanding of their customers, which also allows them to provide better customer service.

How is the Internet-of-Things Being Used Today?

A great example of IoT is in healthcare. Wearables that monitor vital signs and transmit them to healthcare professionals have become a big thing in remote healthcare, as have insulin pumps that detect a patient’s blood sugar and provide insulin as required.

The utilization of the Internet-of-Things brings healthcare to us faster and more efficiently, reducing the deadliness of conditions we face every day. 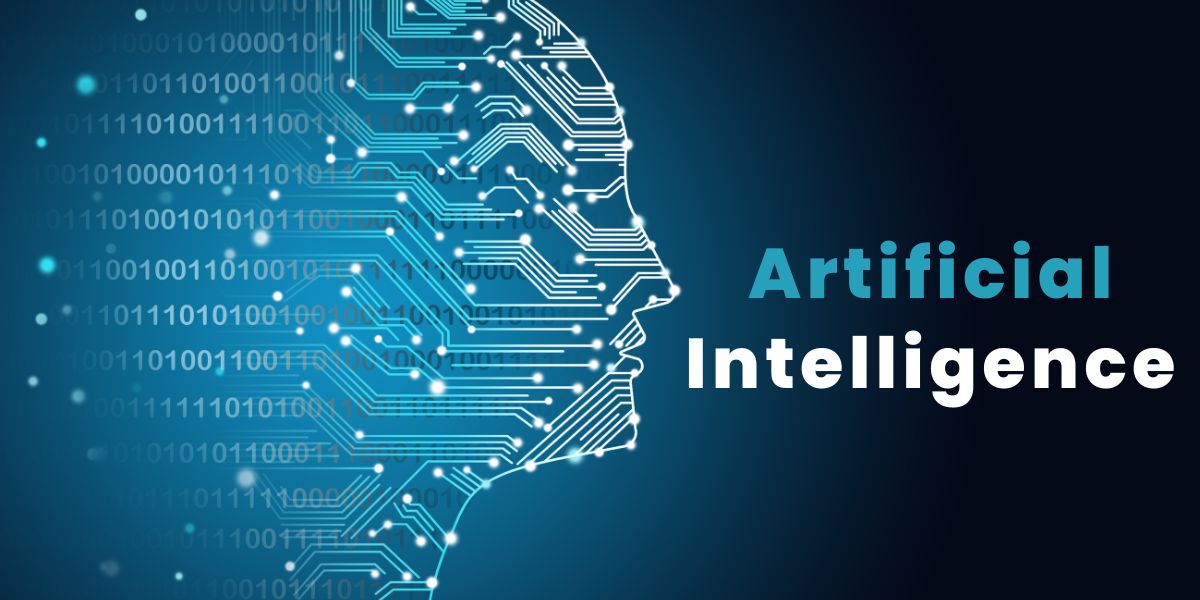 The result of all that data floating around is Artificial Intelligence. This field has made leaps and bounds in the last year alone. Over the last ten years, labour-intensive processes have been quickly automated using basic AI, reducing manpower costs worldwide.

Today, however, the trend lies towards “conversational AI,” which enables companies to provide better, quicker, and more accurate replies to customer inquiries.

Where Can You See Conversational AI?

Think about this for a second: you buy something off a website, but it isn’t exactly what you wanted, and you’re thinking of returning it. Typically, you’d have to wait for a human response on a customer service line, right?

Conversational AI eliminates that problem entirely by replacing the need for human labour with an AI trained to detect customer inquiries through particular keywords and provide responses based on the search.

Some great examples of conversational AI can be seen in: 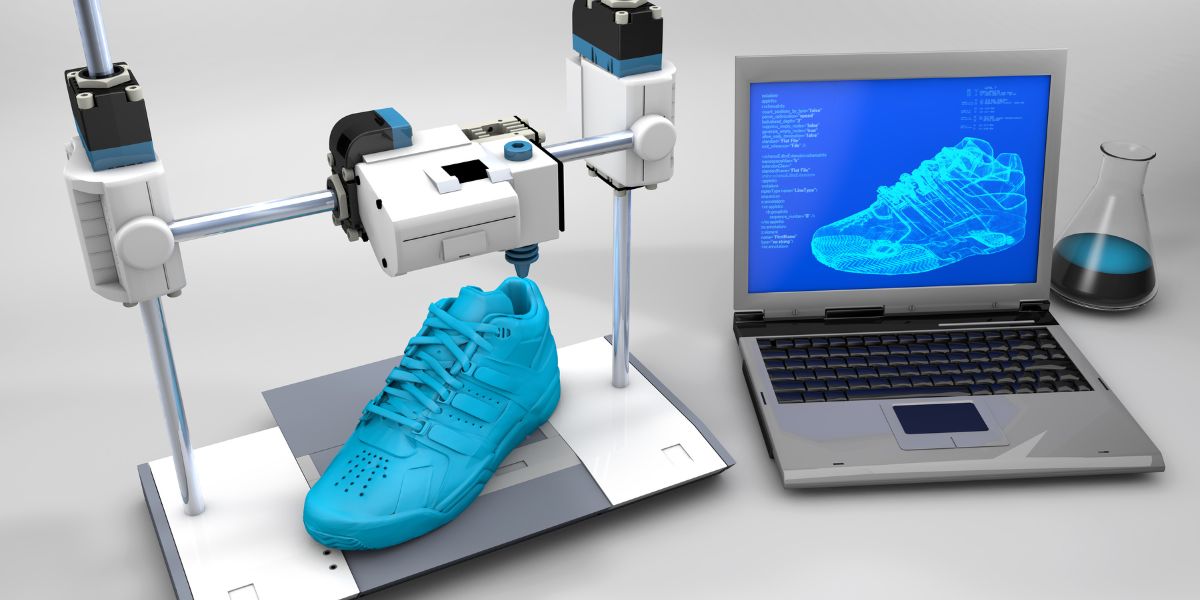 3D Printing has been around for years, but right now, you no longer have to use specific, expensive materials for the process. Printers today can use anything from plastic and powder to concrete and even liquid.

The benefits of 3D printing have increased tenfold in the last few years, but here’s what we think makes the process so great:

Where Can You See 3D Printing?

Besides Ford, there are also some other famous names using 3D printing, like:

Biometrics allows systems to recognize users by biological markers instead of passwords, using things like your face, your voice, and even your fingerprint as proof of identity.

You don’t need to head to a top-secret spy base to see these. Chances are, your phone already comes with face or fingerprint scanners that allow you to forgo a password or PIN.

If you’re asking why Biometrics is a noticeable benefit over passwords, think about this: most people use the same password for everything from their bank account to their Facebook. That means all a hacker has to do is guess their password once to have complete control over their life. On the other hand, your standard hacker can’t replicate your biometric markers, especially when multiple ones are used in tandem.

Where Are Biometrics Being Used?

There are great examples of Biometrics being used today, like:

We’re talking about faster connectivity speeds for everything from healthcare equipment to military communications hardware and ultra-low latency for live streamers and people trying to video-call over great distances.

If you have a smart speaker in your car, like Apple’s Siri or Amazon’s Alexa, you could instruct your vehicle to download music or movies on-the-go, and not have to wait entire days for the download to finish.

5G is also the platform on which many innovative technologies are built, like connective vehicles and AR technology.

How is 5G Being Used Today?

Check out just a few things that 5G has already enabled innovative companies around the world to achieve:

This is a subfield of Artificial Intelligence with a singular aim: enabling computer systems to communicate through human language, whether spoken or written, instead of through particular commands.

Like it sounds, however, even in best-case scenarios, Natural Language Processing is a futuristic idea.

Machines won’t have deep learning fully applied to them for a long time. Still, even now, there are many places where its principles are used to improve AI responses. Smart Assistants and chatbots are examples: they recognize speech patterns through voice recognition and then provide a reply after inferring the meaning.

Amazon’s Alexa is the most advanced example of Natural Language Processing. This small smart speaker can understand thousands, if not more, of human words and accurately answer questions about its users and itself.

Does the New York Times say Alexa has the best shot of “becoming the third great consumer computing platform,” and frankly? We’re inclined to agree!

A typical example is when you opt to use serverless computing, no resources are allocated to you when your website or app isn’t uptime. Those resources (like server storage) are instead assigned to somebody else.

That means you don’t spend money on always having your servers up. Cloud providers only charge you when your service is actively running.

All of that, however, sounds long and boring.

While it still has to be adopted by the most prominent players in the tech field, there are a couple of well-known names already using serverless technology, like: 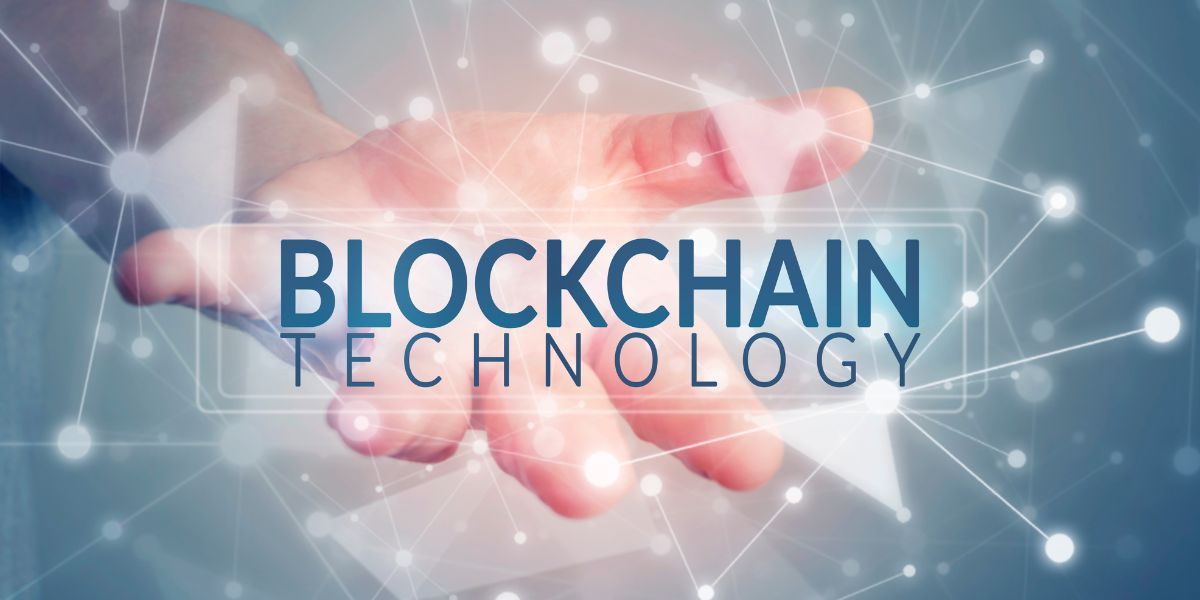 Unless you’ve been living under a rock for the last ten years, you’ll have heard of cryptocurrency, a type of online currency quickly taking over the Internet.

Cryptocurrencies like Bitcoin and Ether function on blockchain technology, a structure that stores transactional records in several databases that are connected through a peer-to-peer network, all of it collectively known as the “chain.”

Simply put, the blockchain is one giant digital ledger, locked with layers of encryption over and over to prevent anybody from tampering with transactional records.

This technology is invaluable because transactions are only authorized by the owner’s digital signature, providing a foolproof way to authenticate transactions and safeguard them.

The blockchain is also a decentralized system, meaning there’s no central authority like a bank or a government with ultimate control over your money. Instead, transactions are conducted through the consensus of multiple users.

How Can Blockchain Technology Help in Real-World Scenarios?

The World Economic Forum has stated there are some apparent uses cases for the tech: 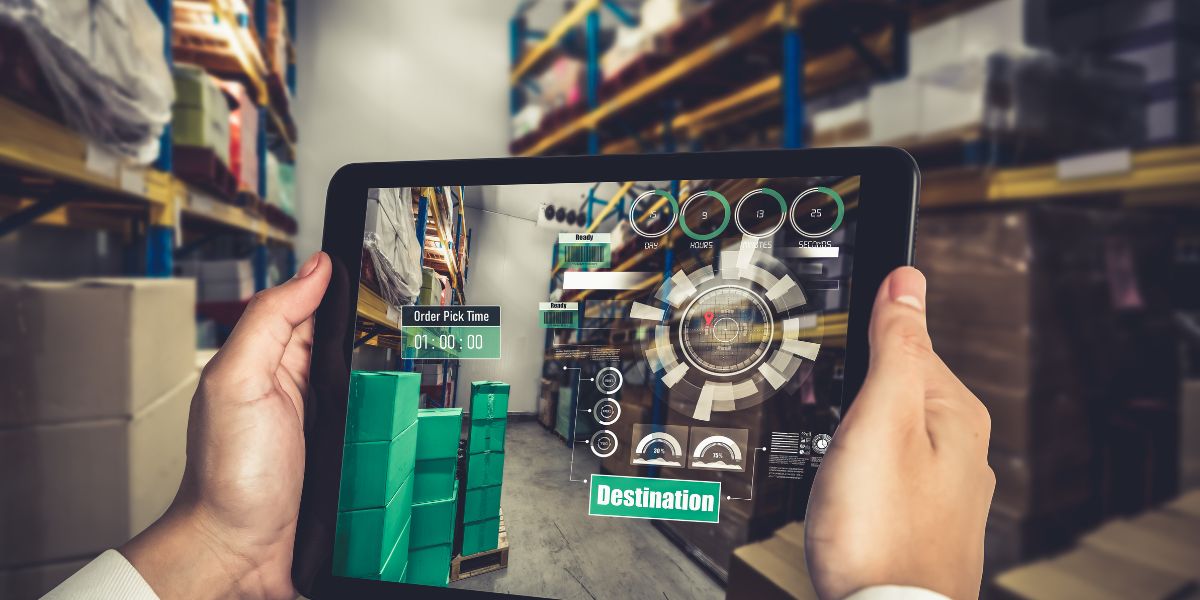 Augmented Reality, often shortened to AR, is basically an enhanced version of the physical world delivered by technology. Think about blooming colours and murals on otherwise plain walls and sensory stimuli delivered right to you, the customer, in the most creative ways possible.

It achieves this by overlaying digital content on top of real-world working environments.

Imagine a technology that allows you to increase user engagement and create unique user experiences while reducing the cognitive overload on users. That’s what Augmented Reality is: a tangible and beneficial technology that’s quickly taken the market by storm.

Where Can You See AR Tech Being Used Today?

A couple of examples of how people are using Augmented Reality tech are: 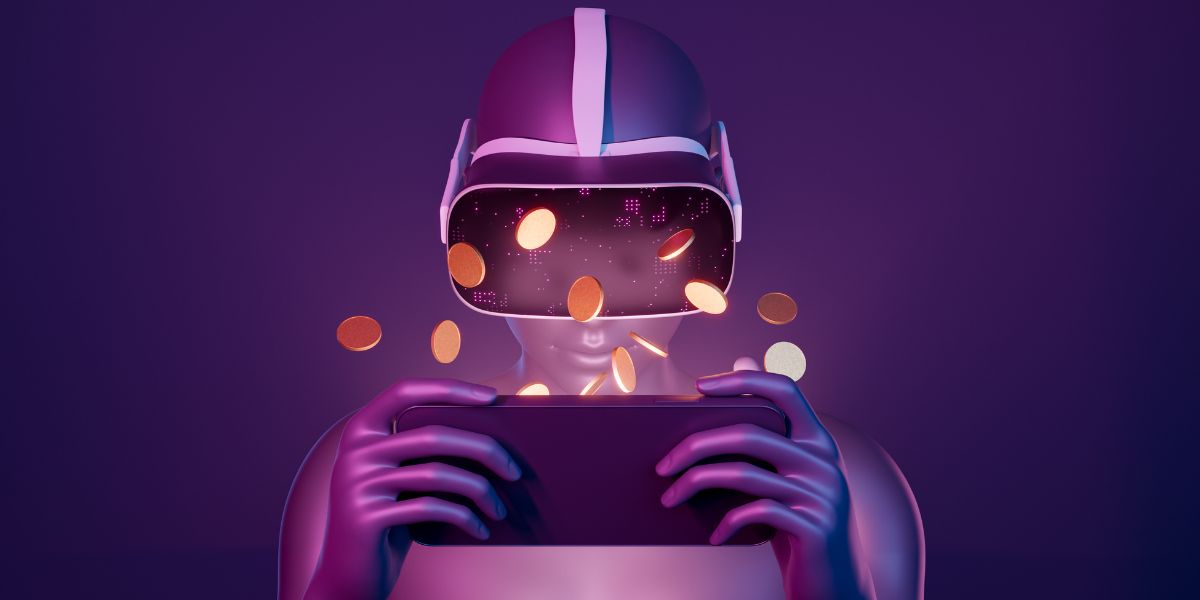 Out of everything that will change the world in the coming years, we don’t think anything will be as significant as the Metaverse, a futuristic blend of Augmented Reality, Virtual Reality, and Artificial Intelligence.

The confusing thing about the Metaverse is that this term doesn’t refer to a single type of technology. Instead, it’s more about how we interact with technology.

A great example are entire virtual worlds, with weather and their own ecosystems, that continue to exist even when no users are online. The Metaverse, rather than being a single thing, is a new approach to AR and VR tech that’s changing our world, even as we speak.

Right now, entire concerts are hosted on the Metaverse, enabling users to feel like they’re on-location. Users can cheer performers on through a new approach to technology, allowing them to operate Internet avatars with their VR equipment.

Where Can You See the Metaverse in Action?

There are many ways the Metaverse can be seen right now, but the best example is Decentraland. It’s a 3D virtual world where users make their avatars from various appearance options and then buy land plots as NFTs (Non-Fungible Tokens, a type of cryptocurrency).

Opened to the public in February 2020, Decentraland lets you live a completely different life online. You can interact with the world, chat with other users, and even play different games.

But these wouldn’t be complete with an FAQ section, right? Once again, we’re looking at some of the most common questions you guys had. We’re starting with something quite interesting too:

1. Is cryptocurrency a secure method of payment?

While it depends heavily on the reasonable security practices you’ve picked up, the answer is yes! Cryptocurrency as a payment method is much more secure than bank transfers or other forms. It is much less vulnerable to attacks from malicious users.

2. What technology is used in chatbot development?

Developing a chatbot (at least a good one) requires an understanding of various fields. Still, in essence, three technologies go into making a chatbot:

3. What is the future of 5G technology in India?

India has actually taken great steps to embrace 5G technology for regular communications use already. While plans to hold 5G auctions by May 2022 didn’t go as planned, the Department of Telecommunications promises 5G will be available in 2022 and be started in 13 major cities.

4. What are the top games being played in the Metaverse?

We’ve already talked about Decentraland, a Metaverse game that allows you to design a character and live a completely different life on the Internet. Besides that, a couple of great games on the Metaverse are:

We don’t doubt that navigating these technologies is difficult, even for companies with growing R&D sectors. Business leaders will have their hands full for the years to come, but if they want to chart a path to success, the best tip would be to keep an open mind.

Don’t be afraid to try new things and new technologies just because they seem futuristic, because the future’s already here.