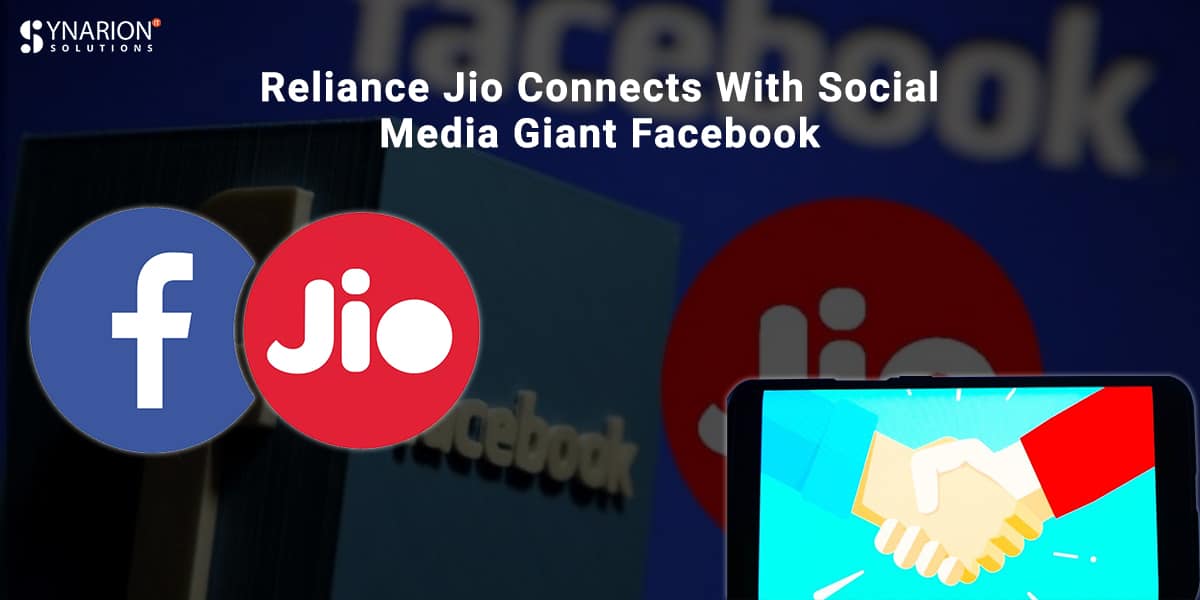 Mark Zuckerberg, the owner of the social media platform Facebook, has announced a major investment in Reliance Jio on Wednesday 22 April 2020.  The company has invested $ 5.7 billion (Rs 43,574 crore) in Jio. “Today, we announce Facebook’s $5.7 billion investment (Rs 43,574 crore) in Jio Platform Limited for Reliance Industries,” Reliance Jio said in a statement.  After this big deal, Facebook has now become the largest shareholder of Jio industries. The deal will help Reliance Industries Group reduce its debt burden and strengthen Facebook’s position in India. For this, India is also the largest market in terms of user base.

Jio Platforms is a subsidiary of Reliance Industries, one of the largest multinational companies in India and a major provider of cellular and Internet services in the country. Its number of customers is more than 38.8 crore.  Jio said the investment required approval from competition regulators, which would give Facebook a 9.99 percent stake in Jio platforms.

Jio company was founded by Mukesh Ambani, an industrialist who is India’s richest person. This changed India’s technology landscape when it stepped into the market in 2016 by offering free calls and Ultrachip 4G data to Indians, who were already stuck with high prices and 3G connections to existing carriers. Since then, Jio has become India’s largest carrier by number of subscribers, with around 400 million lines. This has helped to reduce the cost of India’s mobile internet in the world, with almost unlimited data and calls costing only a few dollars per month. The price war started has also outstripped India’s telecom companies, which are doing a variety of businesses.

On partnering with Facebook, Reliance Industries Chairman and Managing Director Mukesh Ambani said that when Reliance launched Jio in 2016, we would improve the quality of life of every Indian and promote India as the world’s leading digital society  Were inspired by the dream of doing.  So all of us at Reliance welcome Facebook as our partner to develop and transform India’s digital ecosystem.

Will help in achieving the goal of Digital India

RIL Chairman and Managing Director Mukesh Ambani said on the partnership with Facebook, “When Reliance offered Jio in 2016, we were inspired by India’s dream of digital Sarvodaya – India’s inclusive digital growth, making every Indian Improve the quality of life and make India the world’s leading digital community.  He said that the synergy between Jio and Facebook will ‘help achieve the goal of Digital India. He exuded confidence that India’s economic situation will improve soon after the Corona virus crisis is averted.

After this deal, Zuckerberg said, “I want to thank Mukesh Ambani and the entire Jio team for their partnership.” I am very excited about the new deal.  On the other hand, Reliance said in a separate statement that Facebook invested Rs 4.62 lakh crore on Jio platforms assuming a pre-money enterprise value (USD 65.95 billion at USD 70 per dollar).

Facebook has historically not earned as much money from every user in Asia as it does elsewhere.  But the company indicated that the new partnership could replace it. WhatsApp has worked for years to create tools for small businesses and work in payment systems, while Facebook has also invested in building digital storefronts to sell goods and services online to entrepreneurs.

Jio, along with other United States tech companies such as Microsoft, is offering an increased suite of services for small businesses. Its current offerings include high-speed Internet, cloud storage, payment and even products from its vast retail supply chain.