Why Was Paytm App Removed From Google Play Store?

Why Was Paytm App Removed From Google Play Store? 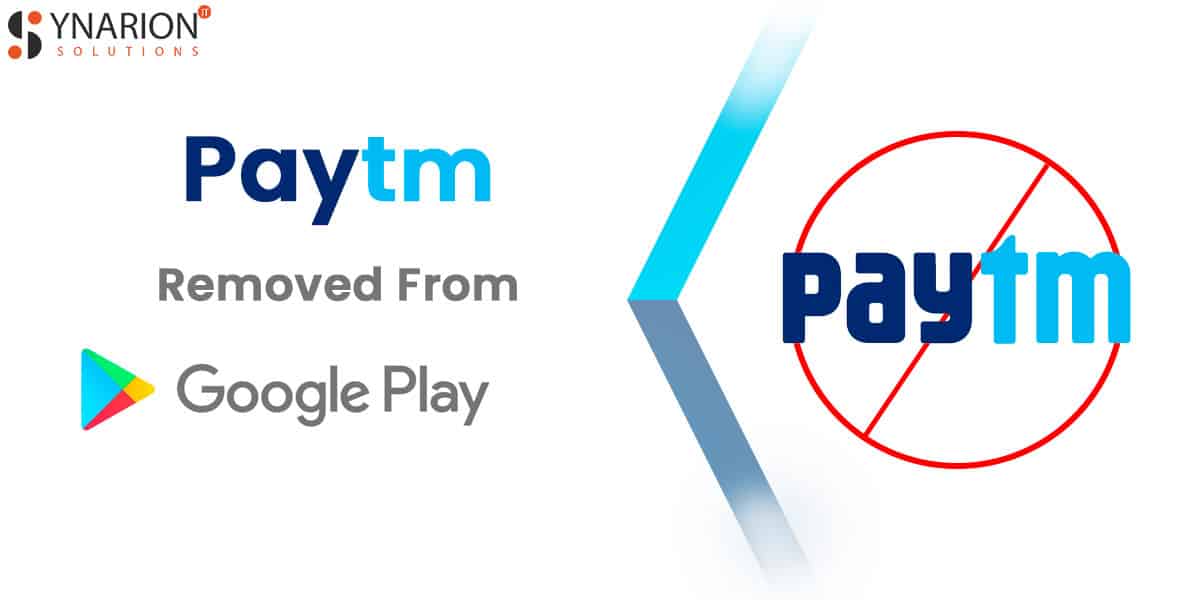 When the user searched “Paytm ” on the play store, it showed an error stating, “We are sorry, the requested URL was not found on this server”. It means Android users are prohibited from downloading Paytm apps. Though, all the existing users can use the services without any issues. Google has, for the first time, removed the digital payment behemoth Paytm from its storefront.

Google is perpetually undertaking the operation of removing apps from its storefront. The latest sting by the tech giant has removed Paytm from its play store due to its bypassing Google policy. Google has been improving its security and getting better with time for Android fans to avoid any malicious or fraudulent issues.

Google has banned Indian financial services Paytm from its store for breaching its gambling policies. Paytm is a valuable startup that claims to have over 50 million active users. The marquee app has been pulled out from Playstore earlier Friday.

Along with Paytm, Paytm’s fantasy sports services renowned as Paytm’s first game were pulled out which are dominating the Indian market for fantasy cricket, football, basketball and Kabbadi, and many other games for prizes or real cash. The company’s target was to achieve 100 million users in the upcoming league and further plan to invest about Rs. 300 crore on its branding and marketing.

With Paytm’s first game, it was discovered that the app had the ability to redirect customers to an external website that allows them to participate in paid tournaments which were against the policy of the Google Play store.

As per sources, Google warned many firms in India, including Paytm through email, asking the developers to halt all advertising campaigns that redirected users to websites that offer installation related to sports betting apps.

The financial services app was removed from the official Play store for repeatedly violating its gambling policies. Google notifies developers for violating the guidelines; repeatedly breaching leads them to withdraw from Google play until the developer brings the app into compliance. As per Google, it does not allow online casinos or promotes any unregulated gambling apps that encourage sports betting. The repeated violations enforce the authorities to take more extreme action, which eventually terminates the Google play developer account.

The announcement today has shattered the market and developers who were hoping to achieve cash in on the cricketing event. Just before the day the popular cricket tournament Indian premier league is scheduled to embark, Paytm first games have an elaborate plan to have a stronghold in the
fantasy gaming market with about 200 live events on a platform for the next six months.

The last season of IPL that lasted for about two months fascinated millions of Indians and has seen a spike in apps that promote or allow participating in sports betting.

Responding to the removal from the play store, Paytm posted assuring their users that their Android app is safe and it is temporarily unavailable for any new downloads or updates on Playstore. However, active users can enjoy their service without any interruption. The app is still functional on the Apple play store. Paytm will further notify about the issues and allegations in their detailed blog post.

Sachin as a brand ambassador of Paytm

The step brought significant criticism from a confederation of All India traders who implicated legendary cricket players for reconsidering his decision to get associated with the brand which has to tie up with a China-funded company.

Praveen Khandelwal secretary of General CAIT wrote in a letter ” We are sure money cannot be a consideration for accepting such an offer. Then, what prompted you to go against the mood and sentiment of the Indian audience.”