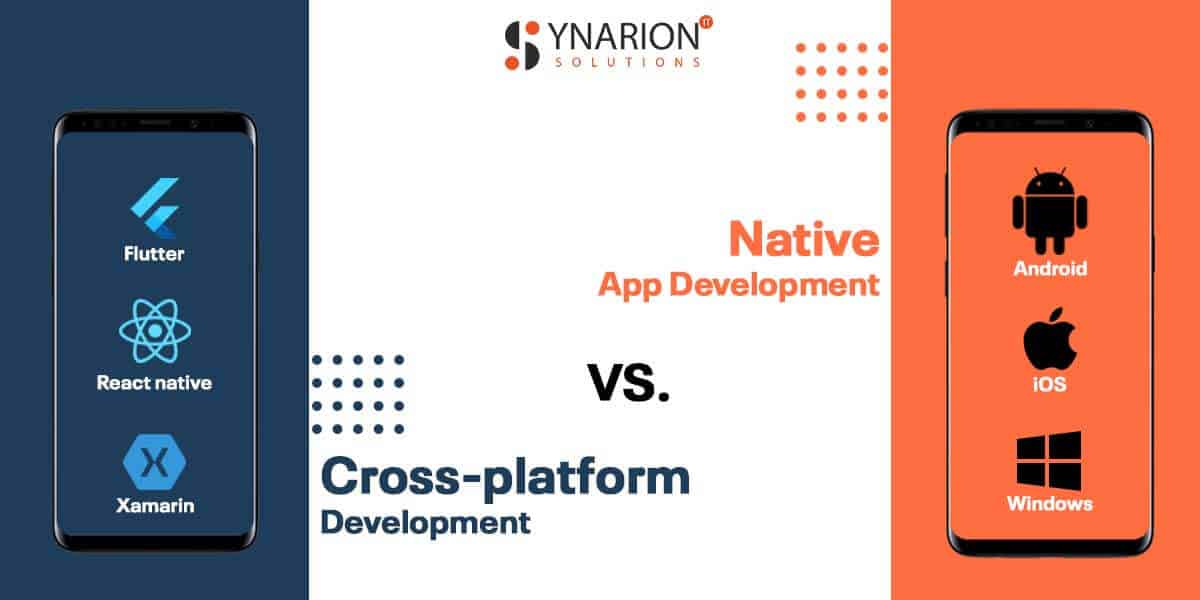 What is Mobile App Development?

Application development involves several processes and procedures to write software for small and wireless computing devices, for example- smartphones and other handy devices.

There are three types of apps in the current scenario of the technological industry.

What is Native App Development?

The term “Native” refers to developing apps that are exclusively for single platform usage. The app programming language, as well as tools, are designed to support a single platform.

Native apps are known for their service of excellent user experience.

Hence some of the pros of native app development are –

With all the positive benefits of native app development come certain negative aspects too.

Some cons of the native app development-

With the wider view on native app development, let’s have a look at Cross-platform Development.

Read Also:- The Next Big Thing In Blockchain Fantasy Sports

What is Cross-Platform Mobile App Development?

Cross-platform mobile Development indicates a process of developing an app that performs on several platforms.

Let’s have a look at the positive side of cross-platform mobile development.

As everything cannot be perfect hence,

Cons of cross-platform app development are-

With all the above knowledge of different developing options, do not forget to choose wisely among them as per your expectations.

If you want a well-functioned application for different platforms, make sure you choose the right native app developer to ensure an optimizing app.