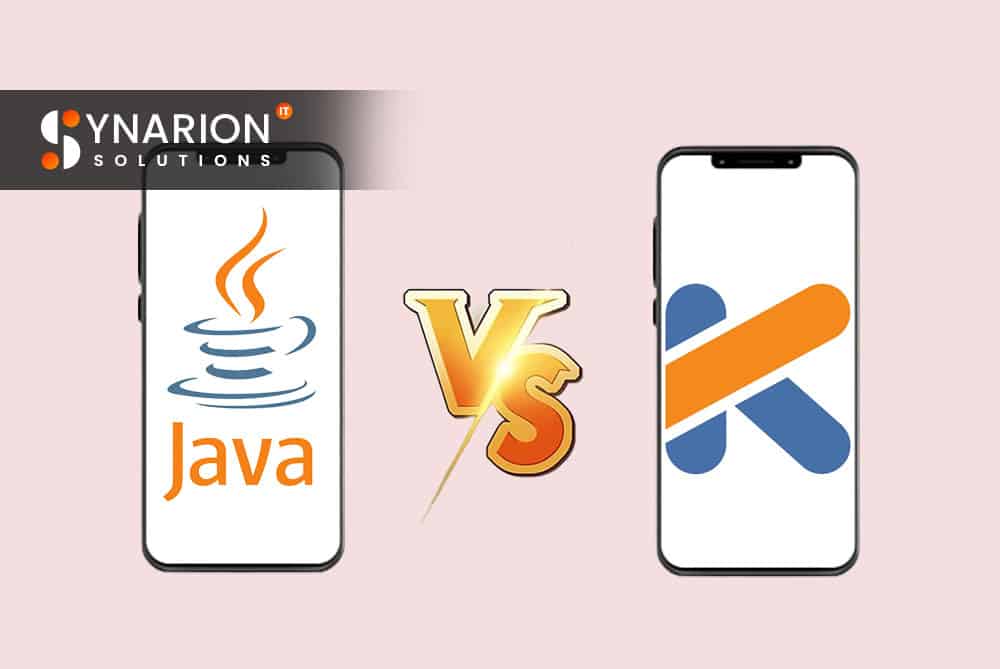 In addition, Android App Development Company choosing the appropriate programming language is challenging when developing Android applications, which is a beautiful way to grow your business.

For many of us, Java is the finest because it is used worldwide and is well regarded. But with the introduction of Kotlin, this seeming faith in Java is slightly questioned, and programmers begin looking up questions like:  Kotlin or Java for Android?

We decided to publish this article to clarify Kotlin vs. Java difficulties and provide you with a clear view. We will compare Kotlin and Java for  Android Mobile App Development here. So let’s get going! Several free house and room design applications.

Java is the native language of Android App Development Services and it is used by applications to communicate with the operating system and gain direct access to hardware. This language makes it possible to create software and supports almost any operating system, including Android, Windows, and Linux. Java, developed by Sun Microsystems and currently owned by Oracle, may be used with microservices.

The following advantages of using the Java programming language. Since Java is cross-platform, it may be utilized with almost any machine, server, or operating system. Java commands cannot endanger the data from other OS X programs or corrupt memory due to their robust coding.

Java is object-oriented, making it easy to create modular programs and reuse the parts that boost robustness. It is ready for use, and Java offers you access to many third-party codes already written and ready to go. The open-source nature of Java and the fact that many of its libraries are controlled by respected organizations like Google, Apache, and others ensure security. 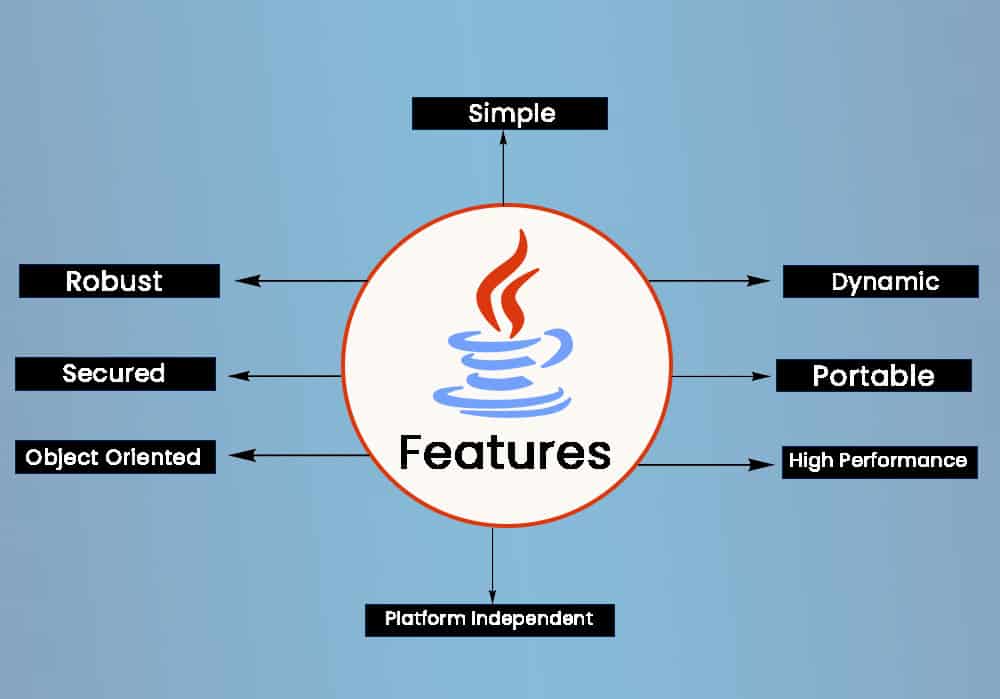 What are the Challenges of the Java language?

Kotlin versus Java The recently developed language, Kotlin, was inspired by Java but is an enhanced version of it with many extra capabilities. Unlike Java and other programming languages, it is formality-free, quite essential, and bears fewer restrictions. Developers must be familiar with fundamental programming principles and structures to use this language to create Android apps.

What are the Benefits of Kotlin?

What are the Challenges of the Kotlin language?

Kotlin vs. Java: A Quick Roundup

Even though Kotlin is an officially recognized language for creating Android apps, you might think there aren’t enough reasons to switch. Here are several arguments supporting the wisdom of migrating to Kotlin.

When comparing Kotlin to Java Android, Kotlin provides data classes that cause boilerplate code like equals, hashCode, function toString() { [native code] }, getters/setters, and many other things to be automatically generated. Think about the following instance: /* Java Code */

The identical class mentioned above, however, may be defined briefly in Kotlin using the – /* kotlin Code */

With Kotlin, we may increase the functionality of current classes without having to inherit from them. The ability to create a class with additional Functionality without having to inherit from it is something Kotlin offers in comparison to Java. These are extension functions. A receiver type, or the type being extended, must come. Before the name of an extension function when declaring one.

Kotlin does not always need explicit cast operators, but unlike Java, it “is-checks” for Immutable values, and inserts are cast when necessary.

It’s a great feature of Kotlin because you are not obliged to specify each variable’s type (in a clear and detailed manner).

However, you may also do so if you wish to explicitly declare a data type between Kotlin and Java for Android. Think about the following instance – /* not expressly defined */

The most important aspect determining how well Kotlin runs compared to Java is that it is a functional programming language. The Kotlin programming language has numerous valuable features, including lambda expressions, operator overloading, higher-order functions, lazy evaluation, and many others.

The argument name in the code above is “fun,” and the function type is “() ->

Unit.” In this instance, we are stating that the function will not accept any parameters and will not provide any results.

For example, above, we only declare a variable named “sum.” Accepts two numbers, adds them, and returns the total as an integer. Then, to call It, we simply use “sum(2,2)”. Amazing, huh? In Kotlin, as opposed to Java Android, an anonymous function is a function that lets us define the return type but leaves off the function name.

So, Who Took The Crown?

This is true because Kotlin integrates with Java, offers incremental code changes, has a superior type of system to Java, and offers a simple migration route away from Java while maintaining backward compatibility. Kotlin is becoming the preferred language for mobile and Corporate apps compared to Java.

What are the Key Features of Kotlin Language?

For Android development, Kotlin is superior to Java in several ways:

This kind of system aids in our ability to prevent null pointers and exceptions. When comparing Kotlin with Java, the system in Kotlin forbids the compilation of code that tries to assign or return null. Code reviews are not an issue because Kotlin’s primary focus is on legible Syntax; team members who are not fluent in the language may complete them.

The following are some characteristics of the Kotlin language:

Kotlin is substantially less verbose than Java. Therefore every piece of code written in it will be a lot smaller. Thus, “less code means fewer errors,” as well as less time needed for scheduling and project cost savings.

Kotlin is protected from NullPointerException because all instances of null in the code are flagged at compilation time. Users must expressly tell the language that an object may be invalid, and users must then verify the nullity of the thing before using it. The likelihood of data loss and problems is lower with Kotlin.

A Java developer can comprehend most of the code without having written a single line of Kotlin is one of the language’s most important advantages.

It’s Fun to Use

Kotlin is incredibly enjoyable to use as we discuss Kotlin vs. Java, even if this is quite subjective. On the other hand, Java irritates users with its restrictions and boilerplate, and users regularly experience mistakes due to its design issues.

The Kotlin compiler is clever when it comes to casts. In many situations, Kotlin does not need the usage of explicit cast operators. However, when comparing Kotlin to Java and Android, Kotlin has “is-checks” for immutable data and automatically adds cast when necessary.

Kotlin’s excellent efficiency over Java is that each variable’s type doesn’t have to be explicitly specified (clearly and detailed). However, you also have the option of explicitly defining a data type.

The fact that Kotlin is a functional programming language is what sets it apart from Java. In general, Kotlin contains a lot of helpful techniques, such as lambda expressions, operator overloading, lazy evaluation, higher-order functions, and much more.

What are the Business Benefits of Kotlin?

Due to Kotlin’s compatibility with Java, there is no risk associated with its adoption.

Kotlin’s learning curve and code review processes are simple, so developers may pick them up quickly. Kotlin has an entire support staff and a good reputation compared to Java. Therefore, there is no downtime. Programming in Kotlin combines procedural and functional programming. Businesses may use Kotlin for any development, including server-based, client-based web, and Android.

Does Kotlin Have a Future?

Yes, it is the solution. Over the past several years, Kotlin has had a tremendously positive influence on the IT industry. It’s already being used by numerous significant online sites, such as Basecamp, Flipboard, and Pinterest, to be supported by the primary frameworks. Google’s recent backing has demonstrated Kotlin’s future potential and Java’s ability to compete with it.

Around 1.5 million developers have used Kotlin code since the beginning of 2018, and by the middle of 2019, that figure has nearly doubled. It’s fair to assume that Kotlin will be around for a while, given enormous businesses’ adoption of the programming language and an almost universal attachment. Will Kotlin succeed as the premier “write once and run everywhere” language is the actual question?

We know that our project performs a clean build just once. Hence, we believe the compilation time for incremental builds is more critical for us. Therefore, while comparing Kotlin with Java, Kotlin is almost identical to Java, and yes, we can use Kotlin without being concerned about Compilation time.

We hope this article helped you with what you want to know.

Have android app development idea in mind? Get in touch with top Android App Developers in India at Synarion IT Solutions.