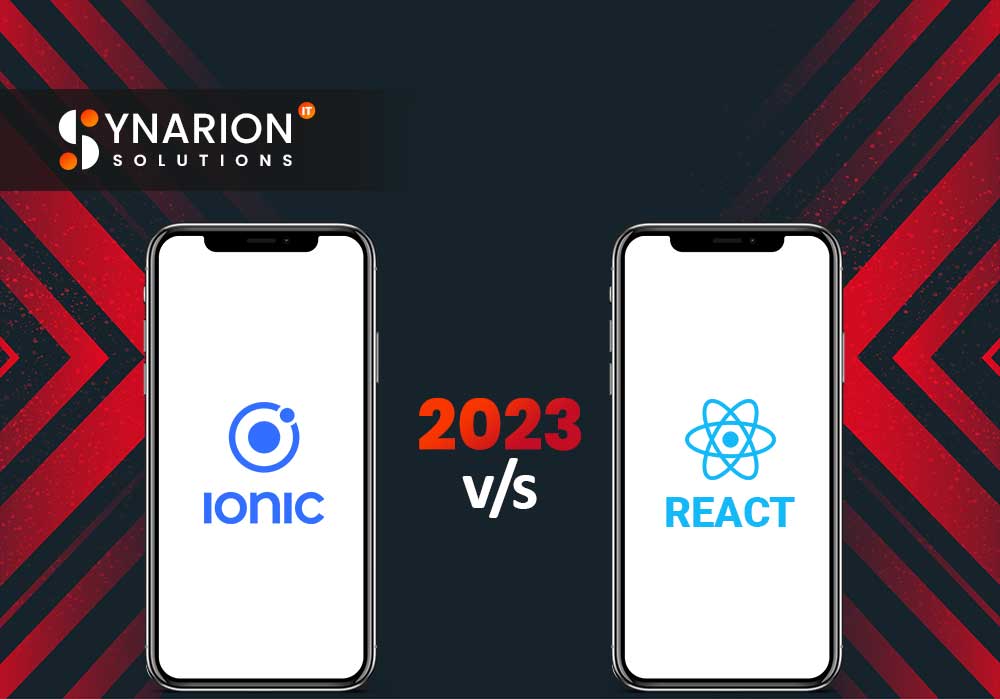 Thanks to mobile applications, our daily lives have undergone a significant transformation as the world’s smartphone users grow. The development of mobile technology over the past ten years has enabled developers to create fantastic apps. You don’t need to be an expert in a tricky programming language to develop a mobile app development. If you want to create an app for iOS and Android, there are numerous frameworks accessible. It suffices to be familiar with web-based programming languages like HTML, CSS, or JavaScript. Modern frameworks have several benefits, including speed, efficiency, and a bug-free environment. The framework executes code using pre-built tools, including toolkits, compilers, and debugging software. 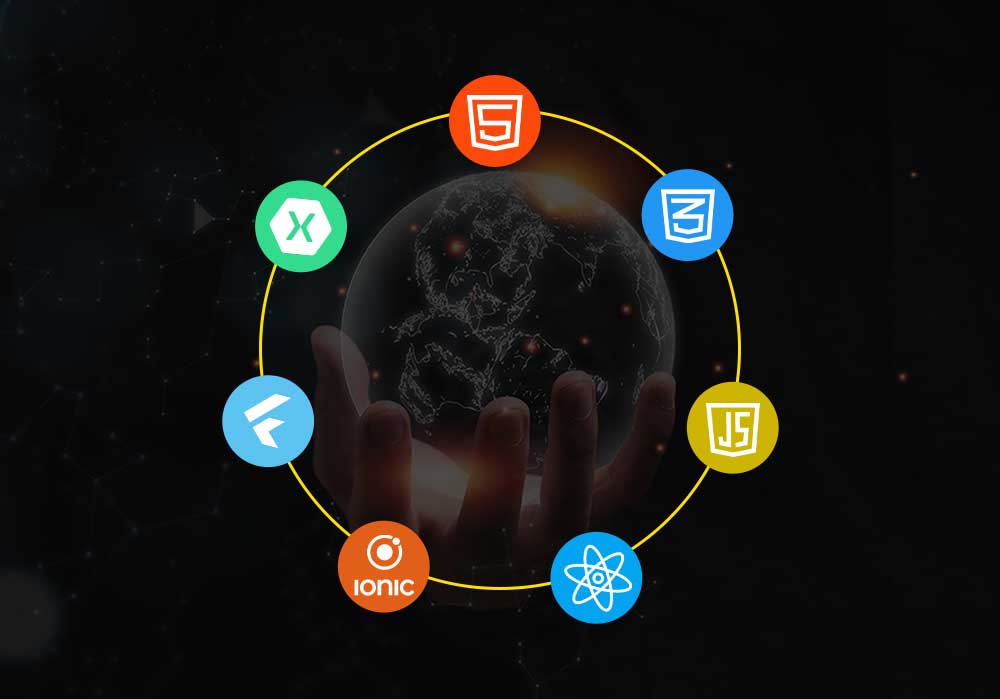 Why Do Developers Use React Native and Ionic?

Ionic developers can make apps for Android, iOS, and the web. Additionally, Ionic provides cross-platform UI components and native APIs that can be utilized to create incredible mobile apps for all platforms.

Developers of React native make up a substantial portion.

Ionic vs. React Native: Which is More Popular Among Developers?

When Should I Develop a Mobile App Using Ionic?

experience for developers with previous experience in the field. It extensively uses Progressive Web App APIs, contemporary JavaScript and TypeScript, and sophisticated web APIs like web components. It is a cutting-edge online platform for creating native mobile apps. Ionic is functional, write-once code. It not only significantly reduces the amount of time needed to target your audience, but it also probably goes far faster than developing a single conventional native app. With over a hundred extendable and well-designed components, JavaScript, HTML, and CSS, Ionic makes it easier than nearly any other method to create a working app quickly.

Ionic is a superpower that helps teams launch risky new products or businesses and gain momentum so they can reach the largest audience on day one (across iOS, Android, and the web). Ionic is the platform that does this the best because it was created to be highly useful.

When Should I Develop a Mobile App Using React Native?

React is a front-end platform, but it may be integrated with many different back-end technologies because it is flexible. React operates more like a healthy ecosystem of tools and techniques in this regard. Fortunately, the fact that Facebook developed React and extensively used it to address its challenges only improves the library’s quality and effectiveness in addressing issues of a similar nature encountered on other projects. React is made to help developers create dependable component-centric applications. React is flexible and can be coupled with several different back-end technologies despite being a front-end technology. It may be used for creating desktop apps, VR apps, mobile apps, static sites, web apps (which is where it all began), and even VR apps.

Ionic allows for the creation of many apps from a single codebase.

Ionic seems like a native application because of its extensive collection of UI components and easy prototyping.

Performance on older smartphones can be a problem because it is slower than on more recent devices.

Security measures – Security issues will always arise during the creation of any mobile application.

The availability of a sizable team of enthusiastic native and JS developers who are eager to share their knowledge and expertise with publicly available components is one of the many benefits of a community-driven ecosystem.

Maximum code reuse and cost savings – React Native enables the simultaneous release of the same code for iOS and Android. As a result, development saves a lot of money and time.

You can instantly view the outcome of the most recent change you have made to the code thanks to the “hot reload” feature, sometimes known as the “live reload” tool.

Lots of native workarounds are necessary – If a particular capability is not available in React Native, developers have two options: ask a native developer to provide it or write native modules in Swift/Objective-C and Java.

Due to Facebook’s ownership of React Native, license and patenting issues continue to exist.

Ionic and React Native apps have two together full native approach and capabilities cause both electronics produce actual native app files and two of something.

Ionic (through Capacitor or Cordova) in addition to React Native both kill JavaScript in runtime rather than before it has happened pre-compiled.

Both methods make enhancing an app’s native capabilities simple, so developers shouldn’t have any issues employing either technique.

There are four main parts to the React Native architecture:

The final result of the developer’s code being interpreted is JavaScript.

A group of elements together referred to as The Bridge.

WebView is incorporated into the Ionic codebase at runtime using Capacitor or Cordova. To put it simply, a mobile-based website presented on a mobile application is what the Ionic app is.

Famous websites made with Ionic and Reacted Native as examples – 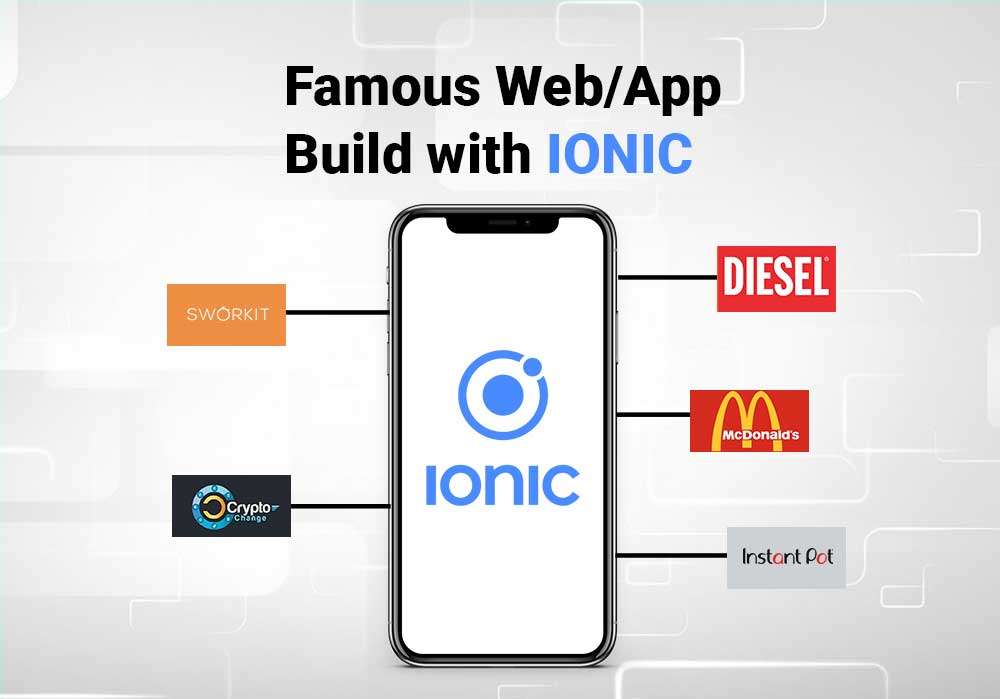 There is a Diesel Ionic app. The Ionic framework gives the app good performance and a high-quality UI that gives it a native app-like appearance and feel.

McDonald’s worked hard to establish a reliable online presence. They chose Ionic for their Turkish food ordering app because of this.

A bitcoin tracker app called Crypto changed and used the ionic framework. Over 100 different cryptocurrencies are tracked by it.

To search recipes, bookmark favorites, make notes, and even create grocery lists, use the InstantPot Ionic app. This Ionic framework-created application is highly regarded for its iOS and Android design.

The developers worked hard to ensure that the Ionic app was as inclusive as possible. As a result, it has a massive variety of training films and activities. 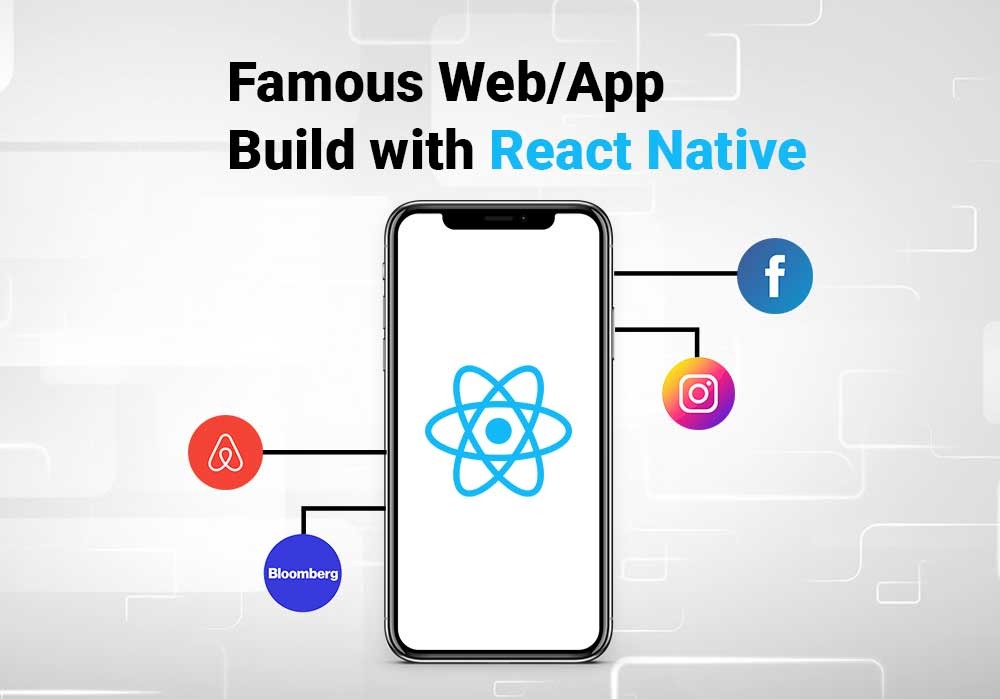 In 2015, Facebook introduced React Native. They used the React Native framework to create Facebook ads and had great success.

With the aid of React Native, Instagram developers were able to produce the product much more quickly and share 85% to 99% of the code between the apps for Android and iOS.

To immediately enter the market, Airbnb, an online rental marketplace, had to accelerate its development process. They used React Natural to help them create an environment that felt native.

Bloomberg provides news on international business and finance. Users receive a streamlined, interactive experience across all platforms with React Native, which speeds up the introduction of new product features.

Popular food delivery service UberEats needs to improve the functionality of its dashboard for restaurants. They improved the RN framework by using React Native.

Ionic offers 1.5x faster performance than Ionic 3 and facilitate speedier development. Notably, most of the built-in tools and capabilities that accelerate growth are available to Ionic developers. Ionic 4 has seen some of the most significant updates that have accelerated development.

React Native is more affordable, giving you more room to expand your functionality, scalability, and results options. Cross-platform app development is one such economic strategy. This method aims to create software or applications for several platforms. To support several platforms, one cycle of code is written. This approach decreases the overall cost and the time needed to produce apps.

Some Advice to Help You Choose Between React Native and Ionic –

There is ample room to build a hybrid mobile ecosystem with Ionic and React Native. The capacitor is a beautiful illustration, giving Ionic devs tooling on par with React Native and resolving many of Cordova’s problems. Whether to use React Native vs. Ionic frequently depends on the project’s primary goal. React Native is the way to go if you want to create an experience that largely depends on enhancing the design of native features. 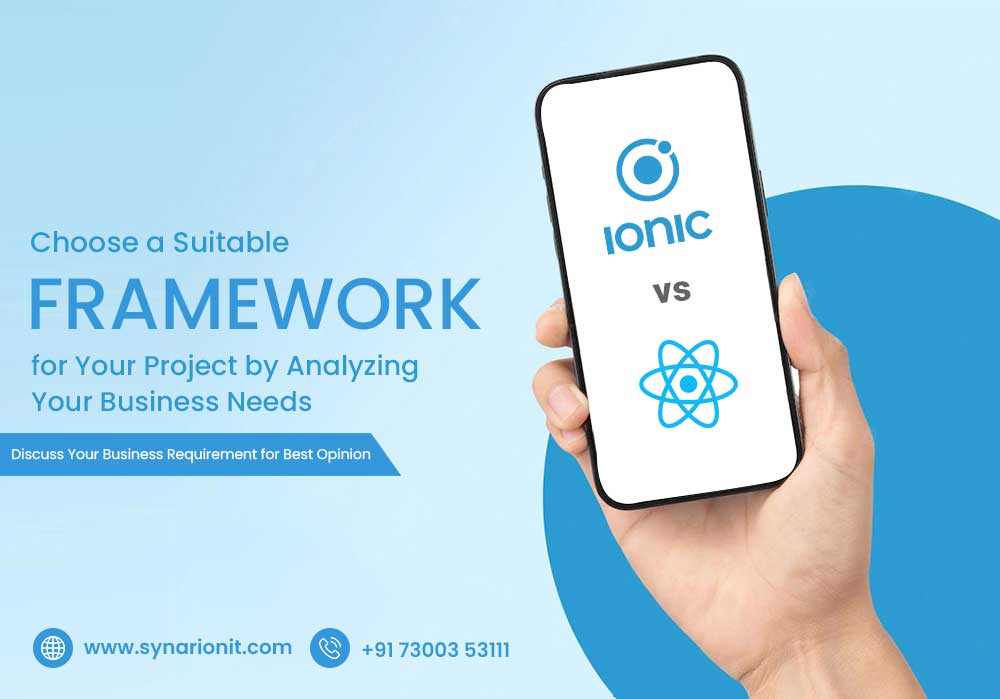 So, in the end, try both Ionic and React Native. Make no decisions based on the idea that one framework is better than another. You can choose a suitable framework for your project by analyzing your business needs. You can contact us to receive assistance from our skilled professionals.