Clear All Your Doubts Related To Fantasy Sports Mobile App

Clear All Your Doubts Related To Fantasy Sports Mobile App 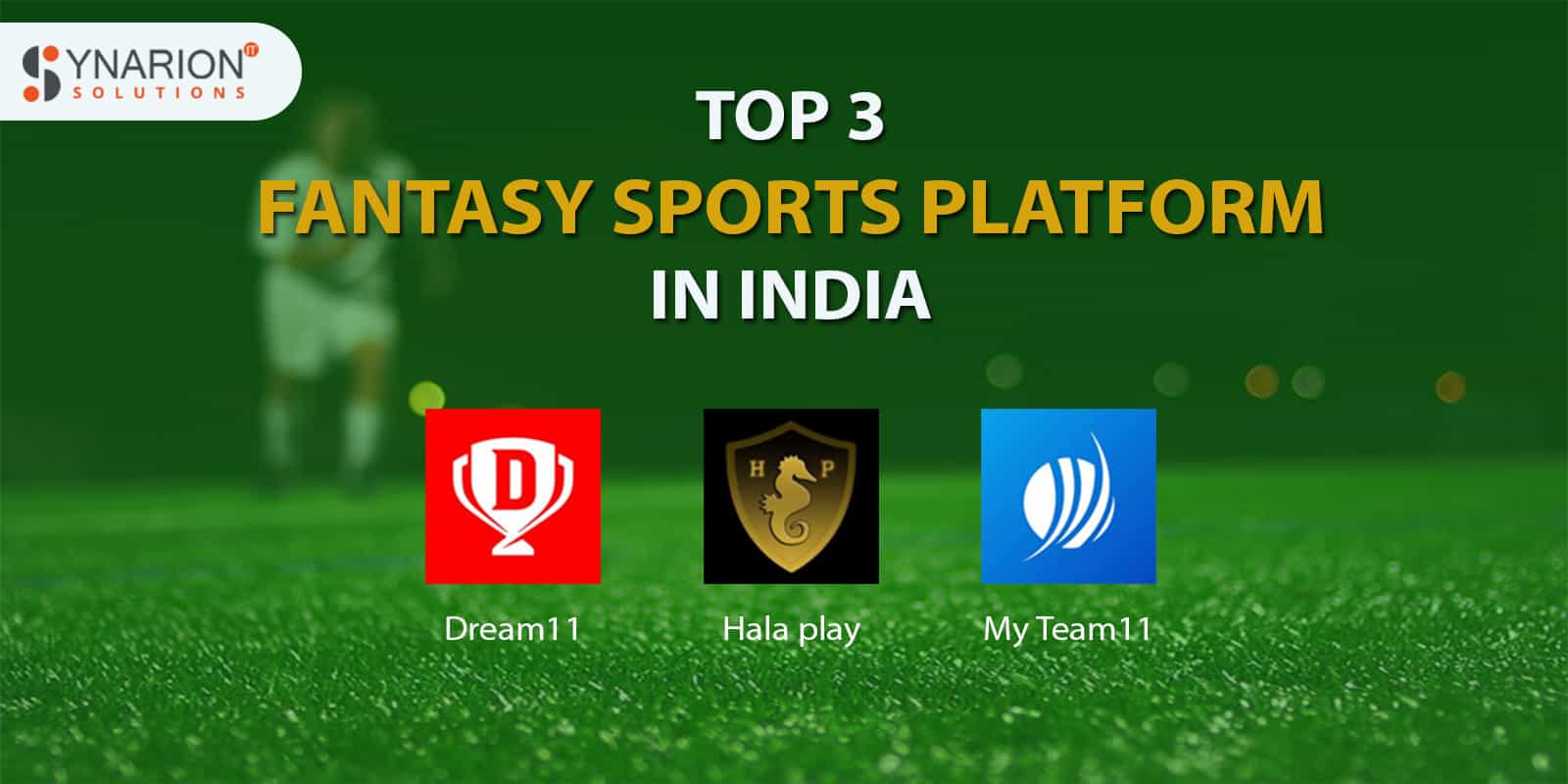 Fantasy sports in the last decade have earned the popularity that is more than ever in countries that of the United States and the United Kingdom. But along with these countries, fantasy sports mobile app & websites are also on the rise in Asian countries. Specially India tops the chart on that list. So first let’s gain some knowledge of Fantasy Sports.

What Exactly a Fantasy Sports is?

Fantasy Sports is a game where users create their own imaginary teams using real players from different teams playing in a league or a match.

There are millions of team owners with different teams of their own and these team owners conflict with other team owners during a particular match.

The performance of a particular team is decided by the total points earned by his team during the actual match. The team whose 11 players perform the best in the real match wins the contest. Next, let’s get into how fantasy sports are faring in India.

What are the Growth Statistics of Fantasy Sports in the Indian Market?

Fantasy sports and the gaming industry in India has found different ways to encourage fan engagement in different sports across India. 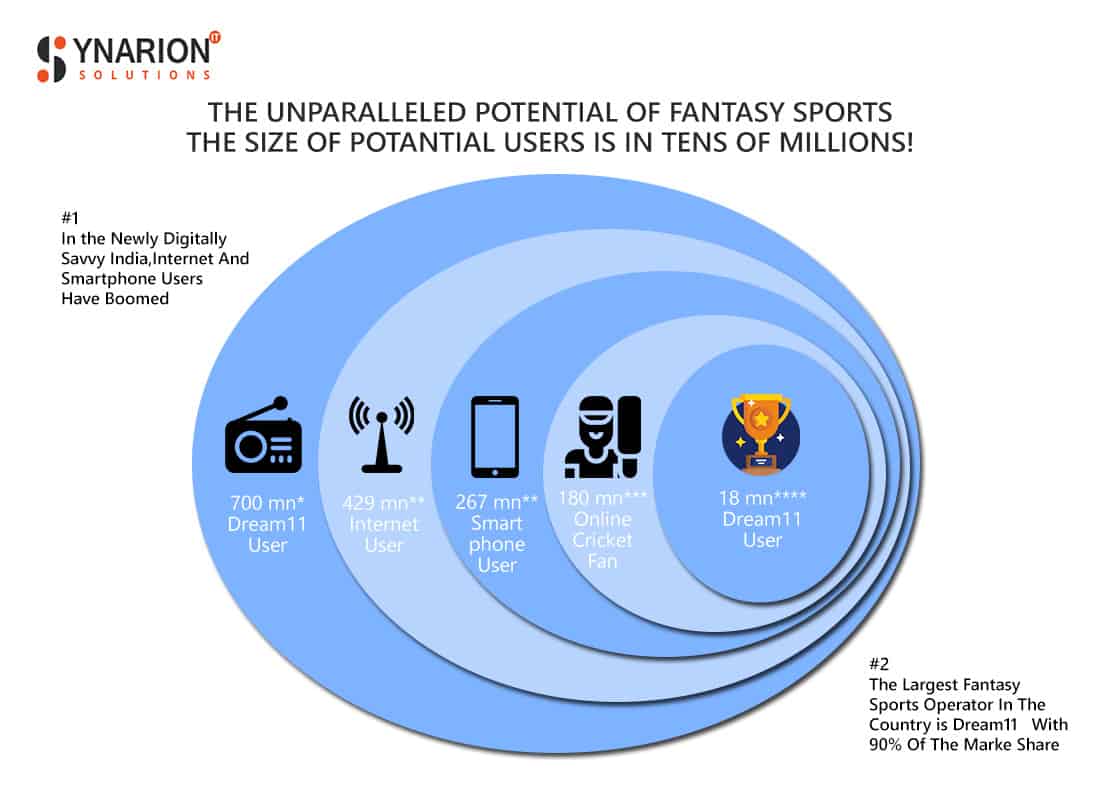 What are the best Fantasy Sports App to play in India?

Are fantasy sports(games) available for free?

Android App Development offers some best fantasy sports websites or app which offer its users paid as well as free games to play. So there are enough opportunities for beginners to learn the sport/game without risking their hard-earned money. Fantasy sports apps, however, continuously encourage participants to play for real money because it is not possible to win real money prizes by playing for free in the app.

Is it safe to play with real money on fantasy Platforms?

Furthermore, they implement the most nocturnal encryption and firewall technologies to protect the user’s details and transactions. They have privacy policies that prevent them from selling, sharing, or revealing the user’s details to third parties.

How do I get started with Fantasy Apps?

Getting started with a sports fantasy app is easy. You first need to choose which daily fantasy sports site to join and then open an account using some details like email, password, etc. You’ll also need to put some money into your account via PayPal, Visa, etc.

Afterward, you’ll usually receive a signup bonus. You can use that bonus for entering in any contest you’re interested in. Entering a contest takes you to a page where you get to select the members of your team. After selecting teams everything goes with the flow. Win or loss depends on the actual performance of the players.

How do I earn money in fantasy cricket leagues?

If you have the basic knowledge of cricket and know the modern-day cricketers well, you can earn very easily from fantasy cricket leagues easily and regularly. There are ample of Fantasy Cricket apps in the Indian market. The most promising example is Dream11. So, first of all, create an account on the app then –

You can also win bonus just by referring the app to your friends. 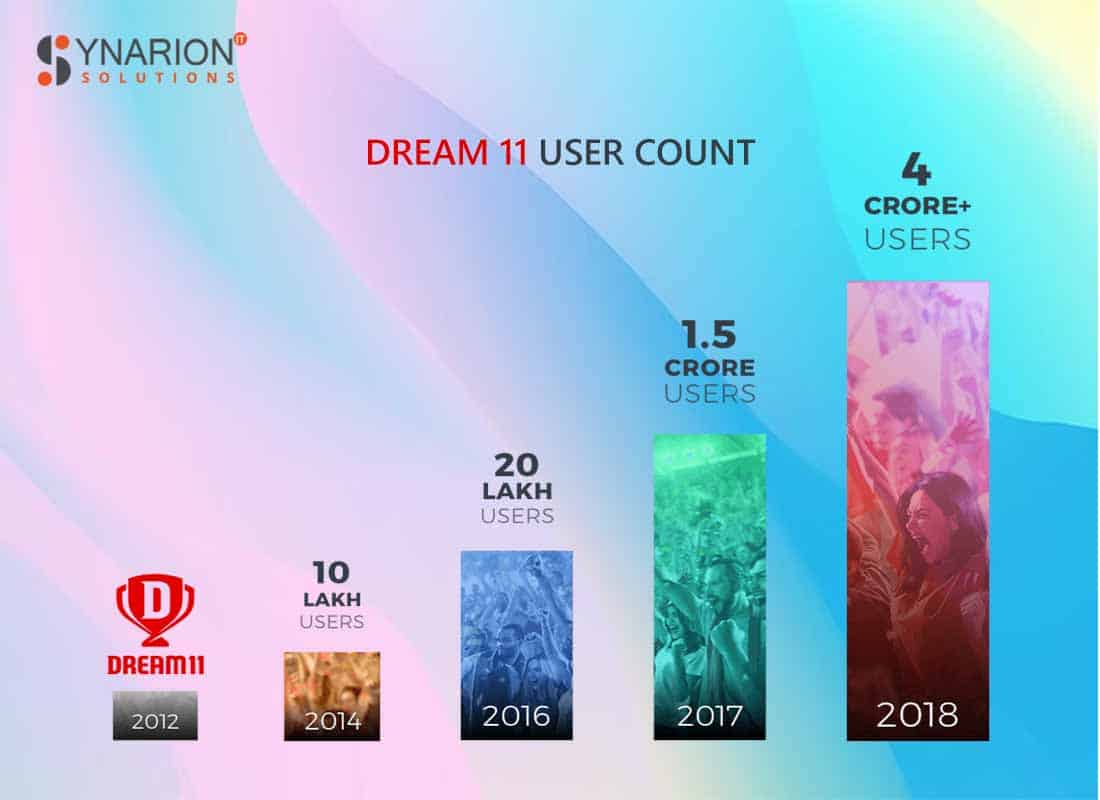 What are DFS(daily fantasy sports)?

Daily fantasy sports (DFS) relate to the family of fantasy sports games. On the other hand, in the case of traditional fantasy sports contests, players have to compete against one another by creating lists of players from a particular league. Points will be given to them on the basis of the chosen players’ performance in real league/match.

The structure of daily fantasy sports is termed “a contest.” Join the contest and earn points. After that, they will receive a share of the pot. A percentage of the pot is decided by the admin of the DFS contests.

What is BetnBall? – Fantasy Sports App we offer

How do I register?

Can I have multiple accounts on BetnBall?

No, you can’t. A user can have only one account by his/her name with valid sustaining documents on BetnBall. Please refer our privacy policy for further details.

How do I play on BetnBall?

In order to play and avail the services provided by BetnBall, the user needs to follow these 4 easy steps: 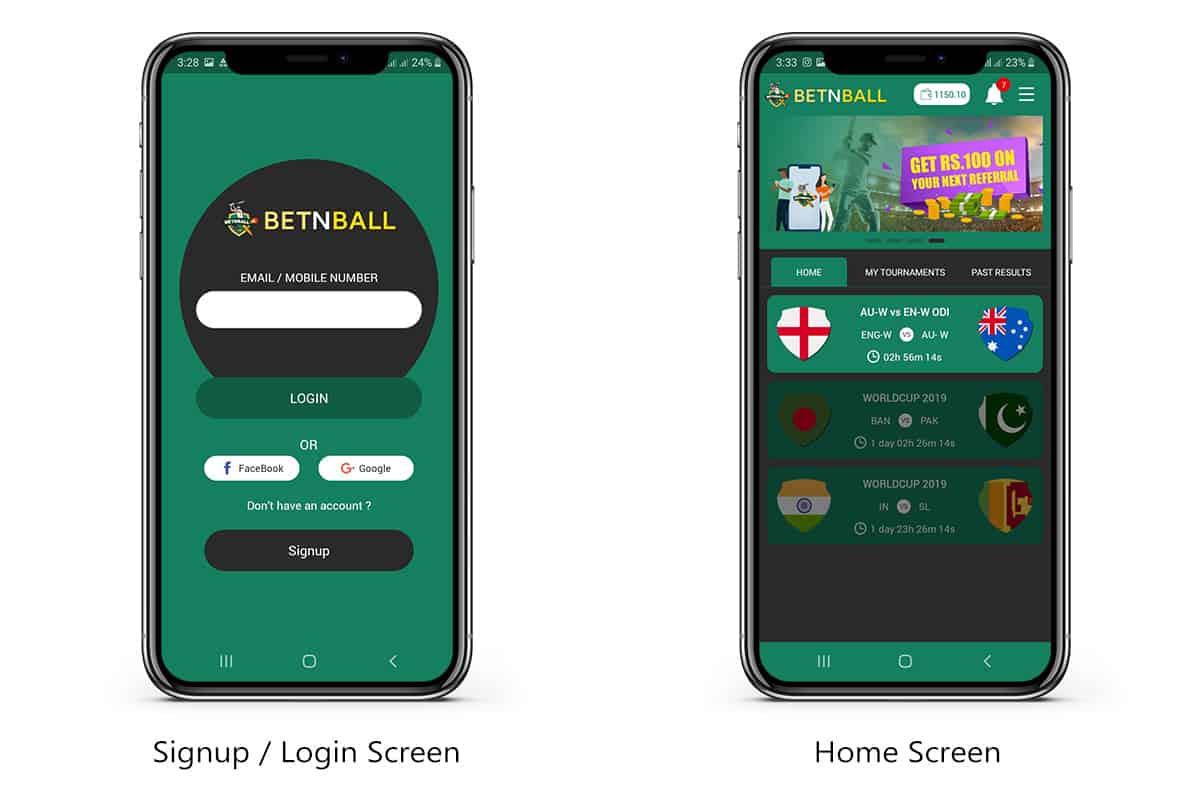 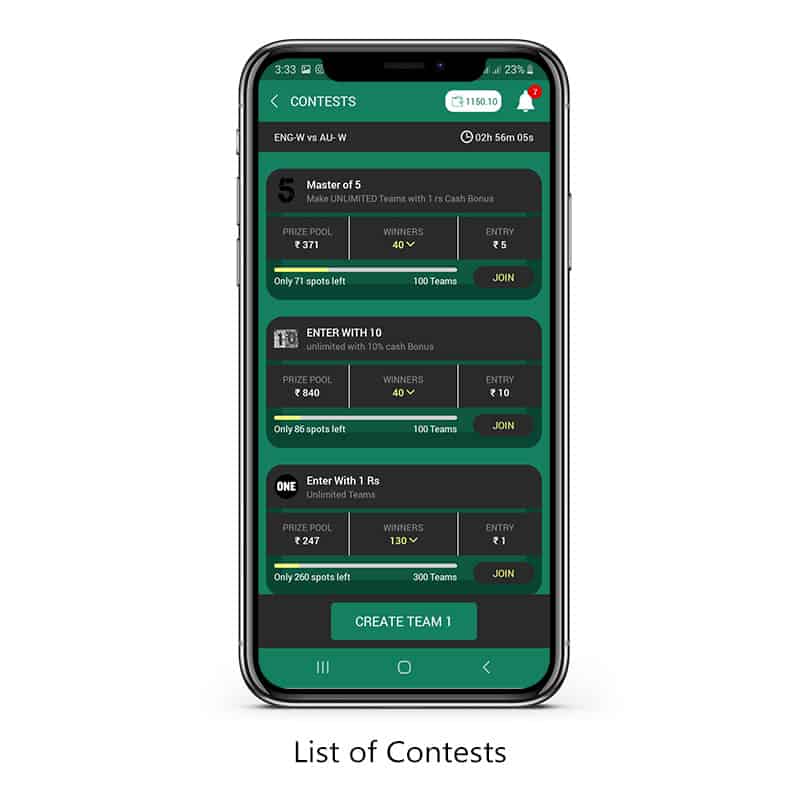 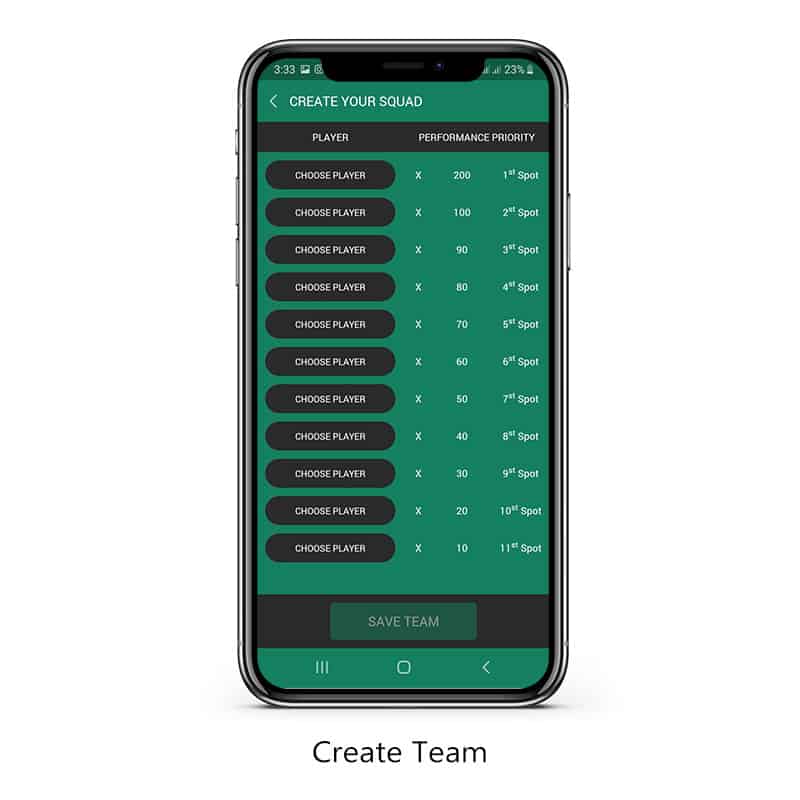 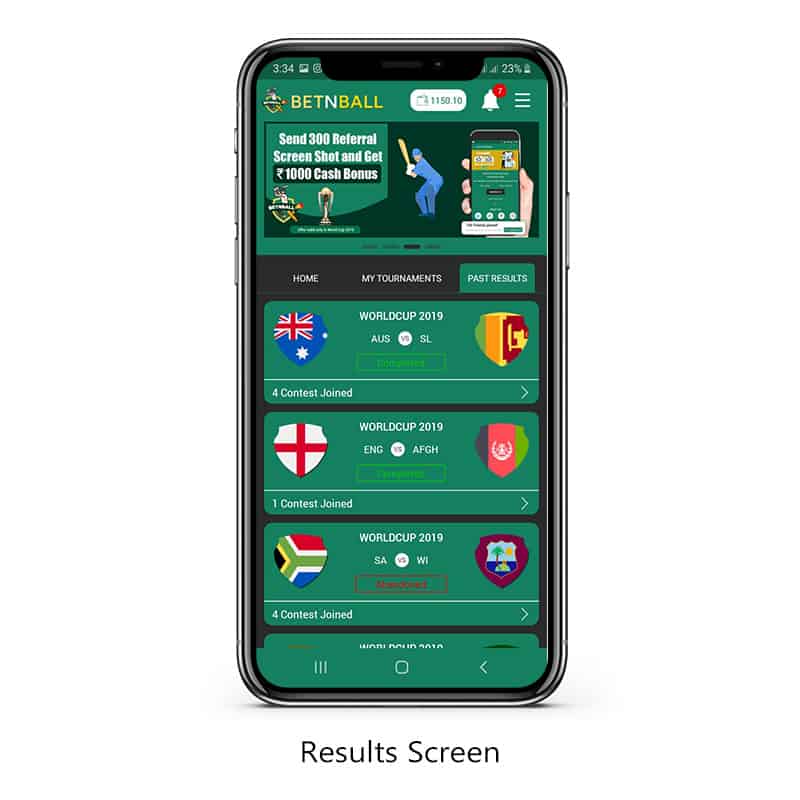 What happens if a match/league gets canceled or postponed?

If all the games/leagues in a contest are canceled or postponed, the admin of fantasy sports app/website will cancel the contest and refund users.

Is Fantasy Sports Legal in India?

Yes, fantasy sport is 100% legal in India. Indian Government has certainly separated fantasy sports from betting/gambling activities, considering it a game of skill. You can add cash without facing any issue on the app and withdraw winnings to your bank account.

Due to restrictions by the state of Assam, Orissa, Nagaland, Sikkim, and Telangana, people of these states can only play free leagues and not paid leagues.

I don’t know much about Cricket Fantasy Sport –  Can I still play?

The fantasy cricket services offered by Fantasy Sports App are for everyone including those who don’t know anything about cricket. So, yes, you can play and participate even if you don’t know ample about cricket.

In addition, the “How to Play” section of any fantasy website can assist you in playing the game by instructing you about the playing tactics.

The growth of sports aficionados is on the rise courtesy of massive television viewership, marketing, advertisements, fan clubs also the list goes on that has been the reason behind the growing affection of people on these fantasy sports mobile apps or website across the globe.

So, if you are looking for the development of the fantasy cricket app in India, Synarion IT Solutions surely helps you with that. And yes, for this, you don’t need any kind of license to create an app or website similar to dream11. You just require a great experience app and web development team.