How Flutter Is The Future of Cross-Platform App Development

How Flutter Is The Future of Cross-Platform App Development 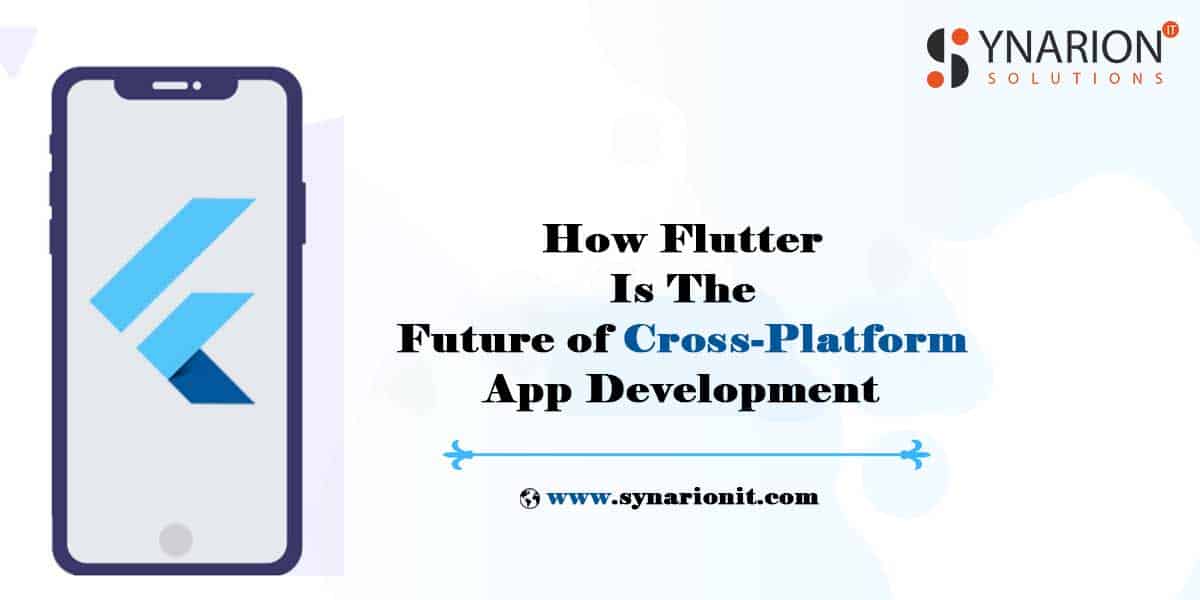 Are you wondering why professionals believe that flutter is the future of Cross-Platform Mobile App Development?  It’s undeniable that we have heard about the term cross-platform a lot these days. Most of you might know that it creates or develops various apps to become compatible in several platforms using a single codebase. Not only that, cross-platform languages are unique and provide maximum advantages in the mobile app development sector.

Interestingly, after the launch of a stable version of Flutterby Google, most developers became excited about its future advantages. It was developed for using it in ambient computing. You’d be surprised to know that most popular tech companies, including eBay, Philips, Grab, Reflect, and others, use flutter. Also, various newly established companies or startups use flutter to build their business app to launch.

One of the most essential yet vital features making flutter unique is that you’ll be able to create apps using a single codebase for several platforms. And, you don’t have to put effort into writing new codes for each forum. It has become a vital requirement in the cross-platform development field. Let’s go through the reasons behind flutter as the future of cross-platform mobile app development in this article.

we have already mentioned that you can use a single codebase in various cross-platform with the help of flutter. Also, no matter which application you are developing using flutter, it is supported in Android and iOS platforms. As an entrepreneur, you must try this to save your time and effort, and your business will be launched earlier than expected in the market. By coding only once, you can run apps on any platform. Also, flutter uses Dart as its coding language, which is easy to learn, and its primary focus is on usability and

The app developed using flutter doesn’t get affected by any system customization or OS update as flutter has its rendering engine. It is a crucial factor required for the apps in cross-platform mobile development. Another vital feature is version compatibility, which ensures that API and the flutter method don’t change even with its expanding tool kit. In fact, you’ll be able to reuse the code written one or even two years back in newly developed apps.

The hot reload feature is one of the fantastic features of flutter that enables you to witness the changes done in the app without refreshing it more than once. Using flutter, you’ll save a lot of time during the development period as it applies changes quickly.

The documentations in the flutter are easy to understand and adequately written, organized, and straightforward. Also, the Google team provides the best support to it by periodical updates.

You can possibly have a single codebase of iOS, Android, and even a web version as the code that flutter uses could be compiled into JavaScript. Those who wonder about porting a mobile app to the web with 100% code sharing would find flutter the best choice. But, we can’t deny that the web support of flutter for creating web apps is still at an early phase though it gives various tools.

Another valid reason for using Flutterby, a cross-platform app developer, is flutter’s performance. To make you understand it better, we will be comparing Flutter with React Native below.

As for React Native,  while using JavaScript, it uses critical UI building blocks. Therefore, while using React Native, you’d need a medium of communication between the modules, which makes the process time-consuming as well as resource.

There are several advantages of cross-platform in the field of app development; let’s have a short discussion about it below:

Those who desire to have a high-performance outcome could flutter a try. You’ll have a powerful UI experience from it, and you won’t find any other application framework having better performance than flutter. Moreover, we can witness the increasing community of flutter day by day. Also, there are more advantages of using flutter so, it is crucial to come forward and enjoy its usage. Most of you must be unaware that it comes up with open source packages that are free for the users, which helps the app run faster.

We hope you’ll find this article information regarding flutter as the future of cross-platform apps. Also, we can’t deny that flutter’s demand is increasing rapidly. Moreover, the open-source plugins of flutter cross-platform are still under the building phase. If you are wondering about hiring a cross-platform app developer, you can find various top-notch companies online. We have provided several reasons above to make you understand the advantages of flutter. Then, what are you waiting for? Take expert help for developing mobile apps using flutter.