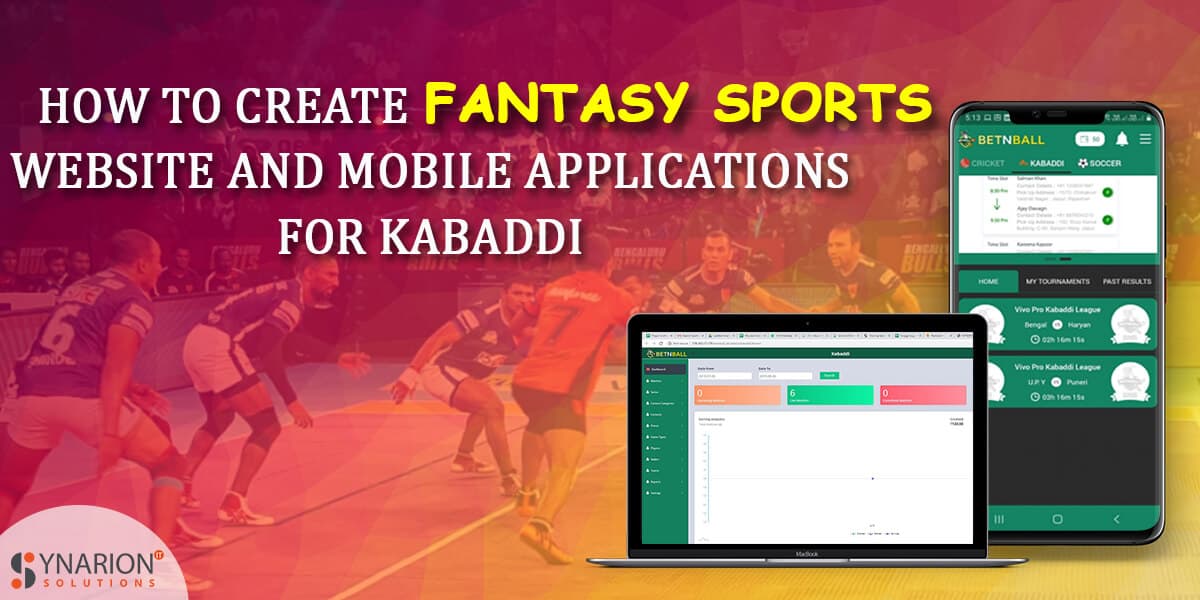 Are you having a dream of making a platform for a fantasy sports game to play online leagues and earn money? Then you’re at the right spot. Because nowadays, the demand for fantasy sports mobile app development is booming in the fantasy sports industry.

Even from a business perspective, Fantasy Sports App like Dream11 is an incredible and affluent startup to invest in. The fantasy sports business model proves to be strong in terms of revenue. Additionally, ensures earnings through brand partnerships, contest sponsors, commercials, and entry fees.

Fantasy Sports App is just an Android and iOS-based virtual gaming platform. Through this, the users can make their own teams by selecting the players whom they think will perform better on-field. In turn, users get rewards in terms of bonus and real cash prizes.

Fantasy sports has proven a ‘game of skills’ in India. Fantasy sports app is just about passion, enthusiasm, fun, expectations. The app allows users to play fantasy cricket, football, kabaddi, basketball, and many other games.

In the contemporary world, the market for fantasy sports is thriving rapidly around the globe. This business is about to break all the market records as it comes to drawing in sports enthusiasts and testing their insight and skills in sports.

Fantasy Market Growth in the USA

Well at first, fantasy sports was first introduced in 1952 in the USA. 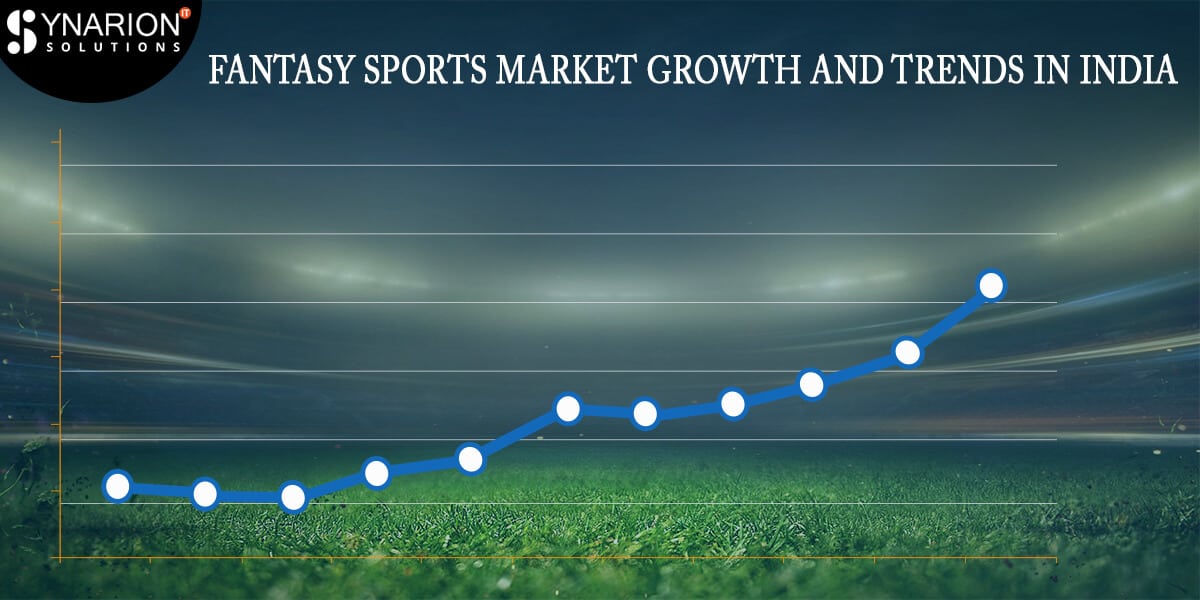 The prevalence of Fantasy sports mobile apps is spreading like wildfire in India. Furthermore, the popularity of Fantasy Sports App is predicted to rise in the upcoming years. As people are provided with high-speed internet services, it becomes more obvious to get hooked by the fever of fantasy sports.

Let us look at some stats to prove that- 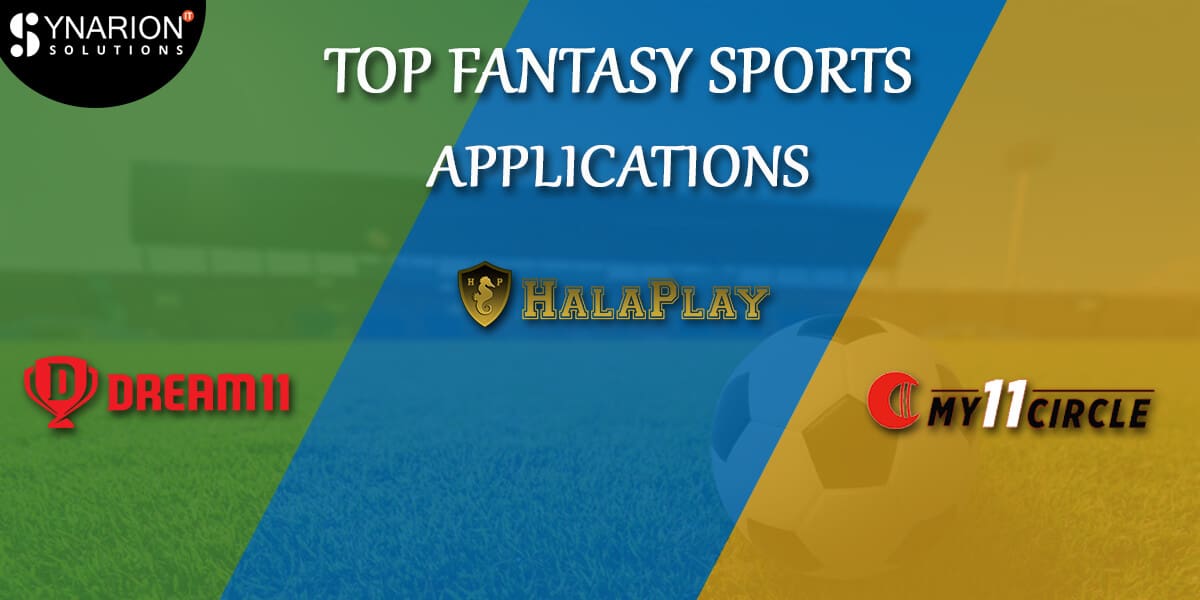 Dream11 is the foremost fantasy cricket sports app platform that doesn’t require any introduction amongst sports fanatics in India. Reports say that there are more than 180 million people aware of fantasy sports app in India only.

HalaPlay is another one of the famous ventures in the industry. The app provides Daily Fantasy Sports (DFS) offers real money platform for Cricket, Football & Kabaddi. The app has various different leagues and each one of them has a different sort of payment structure.

My11Circle is an interactive platform that brings a full circle of fantasy cricket league.  Excellence is, you can enjoy this game whenever you want to show the skills of being a cricket lover. Number crunchers and cricket lovers will love this platform’s smooth gameplay with exciting prizes. 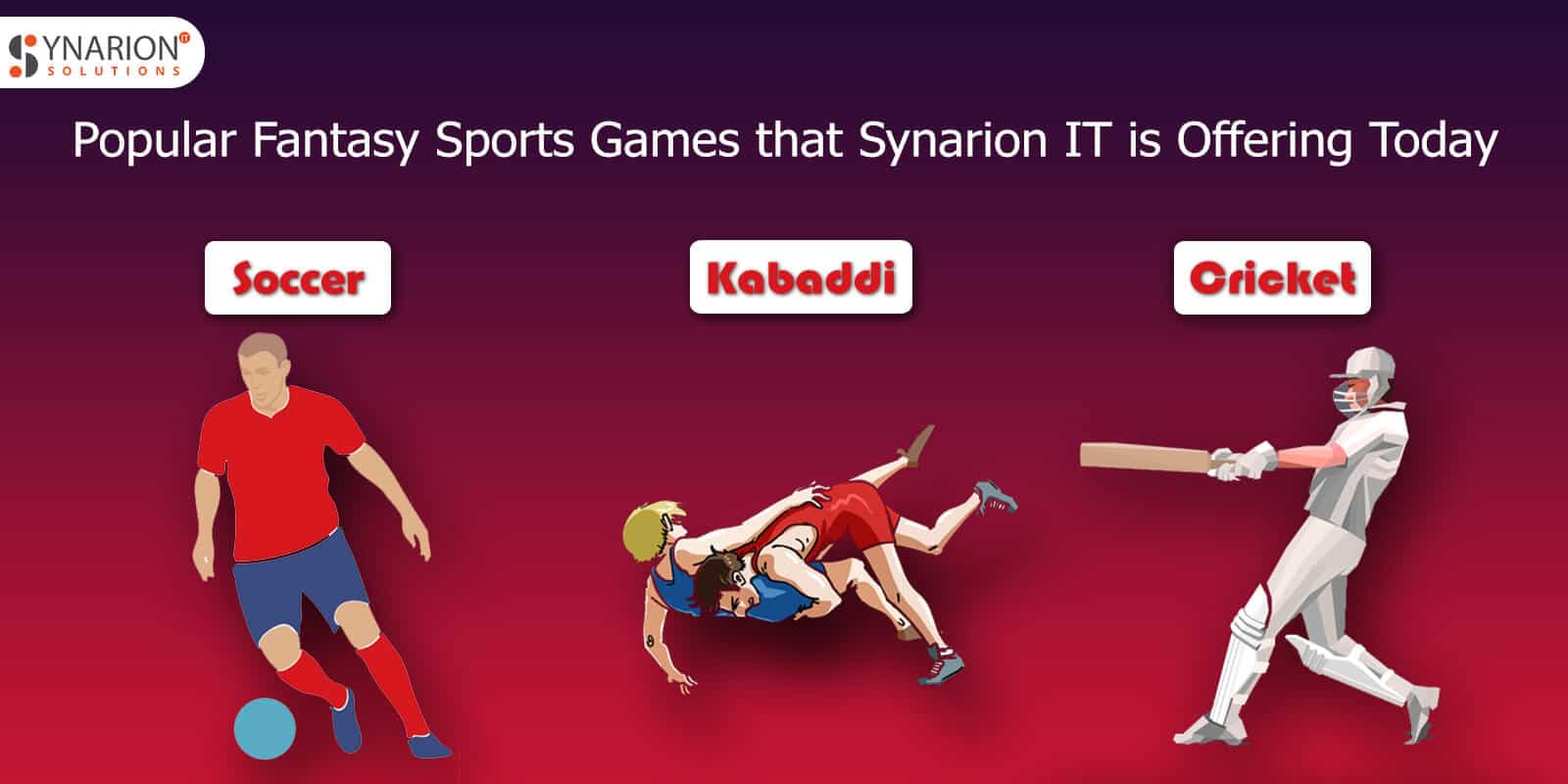 Cricket is the most popular sport in India. There is no doubt about the monumental rise of cricket fantasy app in the sports fantasy industry. Hence, there are now various big leagues and matches in the game.

Indians go crazy when it comes to cricket. From ICC Cricket World Cup to Indian Premier League (IPL), cricket enthusiasts show off their skills on Cricket fantasy app like dream11.

The biggest sporting event in Soccer is the FIFA world cup. The first match was watched by 15.9 million people in the year 2018.

With a huge number of the fanbase, fantasy sports app development has given millions of enthusiasts a fantasy sports platform to engage in such events as more than just as a fan. With the FIFA 2018 World Cup season, fans crave for something like fantasy football/soccer app.

We deliver the Soccer Fantasy platform which enables to reach the wider number of users. You can hire a fantasy Soccer website developer if you’re having such an idea.

Kabaddi is one of the most famous and well-known sports from centuries in India as it was used to play in small villages in the country. The tournaments like the Pro Kabaddi League have changed the conventional way of playing kabaddi and brought the modernism in today’s era.

Our Kabaddi fantasy mobile app provides you to play, use your skills and gives you a pleasure to enjoy and earn with the game anytime and anywhere. The Fantasy Kabaddi apps are helping people to generate revenue and to enjoy furthermore.

Horse racing is one of the most popular sports from centuries in different cities of India like Bangalore, Chennai, Mumbai, and Delhi. Horse racing betting apps have changed the conventional way of horseracing and brought the modernism in today’s era.

Our Horse racing fantasy app provides you to play, use your skills, and gives you the pleasure to enjoy and earn with the game anytime and anywhere. This app is helping businesspersons to generate high revenue and people to enjoy furthermore.

Hockey is one of the most popular games in the world and is a national game of India. Hockey also has another form and is called by the name of Ice hockey, is very popular in Canada.

This game can also take a space in the fantasy sports in the upcoming time our team is all prepared to develop the same.

Basketball is the national game of Lithuania, an Eastern European country, which is not limited to there only. Basketball is one of the most famous sports and is played in almost every country including India as well.

The game has now also been available in fantasy sports because of the huge fan following. In fantasy basketball, the players take the role of General Manager of the fantasy teams they have created from drafting actual basketball players based primarily on their basketball statistics.

Our Company is completely prepared to build basketball fantasy sports for future projects.

Tennis is not a national game of any country but it is one of the most famous games and is almost played everywhere in the globe.

As it is a very famous game and having a lot of fans, it gets itself a place in fantasy sports. And today there are fantasy games like Fantasy Tennis League who are active players in the market for this fantasy game.

Synarion IT Solutions are one of the fantasy sports website and fantasy app development company which will soon be going to launch the fantasy tennis games.

Rugby is also known with the name Rugby union was originated in England in the first half of the 19th century. People usually get confused between rugby and American football but there is a difference between the same in the size of the field, rules, and dressing. In American football they wear helmets, shoulder guards and other protections but not in rugby.

Now today rugby is getting into the boundaries of other countries too and because of that, the fan following has also increased because of which the fantasy games of the same are getting hit. So our team finds it interesting and will be going to launch a game soon.

Polo is the oldest known team sports. In the game, team players sit on the back of the horse with an objective of scoring goals with the help of long-handled wooden mallet by hitting it to the small ball.

As polo is the oldest and the most famous sports all over the world including India our team is designing a fantasy polo sports for the polo fans so that they can enjoy the game by making their own polo team.

The Fantasy sports industry is gaining fame with time. There are more and more people going towards the development of these fantasy sports app for various sports like Kabaddi, Soccer, etc. Hence, the market is pretty up for the white label fantasy sports software developers.

If you are looking to develop a fantasy sports app platform to gain advantages of the huge fantasy sports market, let’s team up together and create something amazing to make your idea into a lucrative business app.