Fantasy Sports and Real Sports in India – How Big is It?

Fantasy Sports and Real Sports in India – How Big is It? 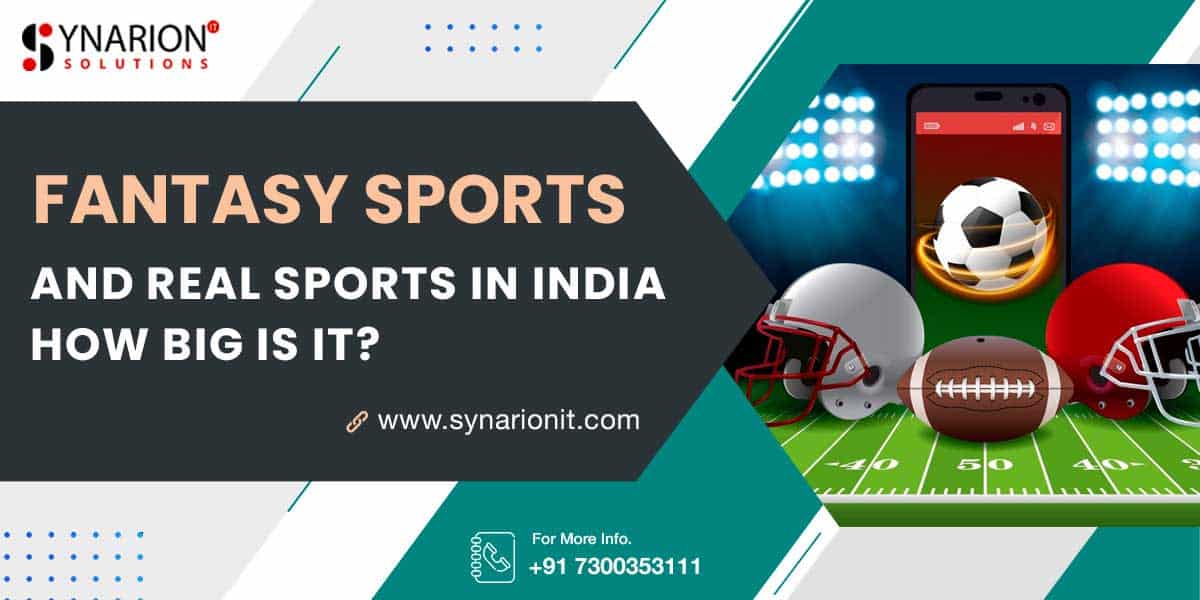 Fantasy sports are commonly known as online prediction games where the predictor puts together a virtual team of real sports players of any professional sport. They can easily earn points based on real-life statistics in the form of fantasy app development. The more efficiently your player performs in real life, the higher your fantasy points become.

The main purpose of fantasy sports is to buy, sell and trade your team players to acquire the highest accumulated value by the end of the season.

Sports gamble is not new to the society. India’s fantasy sports market has grown approximately 16.5 thousand crore rupees in the last few years, and all credit goes to the online platform-based applications in software.

For all the sports lovers, fantasy sports is nearly an extension of real-life sports events as selecting virtual players and creating a team and then playing games to assemble points has a thrill and shows skills about your performance predictions.

players can play fantasy sports across different kinds of sports like cricket, football, and many more.

Cricket and football are the most common fantasy sports play widely.

How does the Fantasy Business Function to Earn Money?

As soon as many people participate in a contest, a large reward pool is created. Different platforms disburse cash rewards after safeguarding 15 to 30% of profit margins allotted for themselves. Then more money is being made to advertising and from the league sponsorship.

In other words, through fantasy sports, either you can go risk-free as the white label fantasy software allows its user to establish a contest in such a way that if a certain number of people do not access the pool, it will immediately be canceled. The entries will be refunded to its users.

What are the Other Sources of Earning Revenue Through the Fantasy Sports Business? 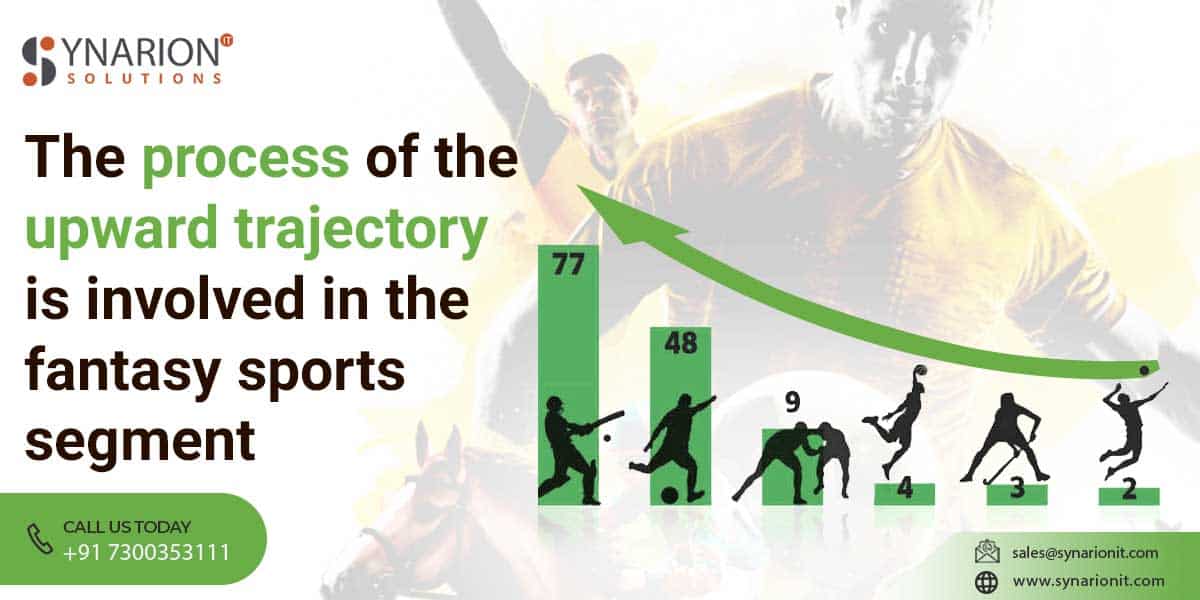 The Process of the Upward Trajectory is Involve in the Fantasy Sports Segment.

Millions of sports fans worldwide have been addicted to fantasy sports websites and apps, and the numbers are still growing. According to resources, the user base will be crossing a hundred million, and this growth towards the sports will give birth to an opportunity of a value of 1 billion.

The process involves simple math. The simple formula behind it is the total number of customers multiplied by their monthly expenditure equal to their pool price. You can easily set aside your margins from the pool price and distribute the remaining cash as rewards.

The Opportunity of More Earning in Fantasy Sports Business than the FS Companies.

Fantasy sports is a great medium to connect every fan across the world to their favorite sports. Most young sports fans are addict to this virtual game, and the numbers are increasing daily. The more participation, the more the earnings of the fantasy sports players are growing. According to sources in the last year, fantasy sports gamers minimum home rewards worth rupees 14000 crores.

All the online-based fantasy sports platforms contribute to the significant growth of the Indian economy through sponsorships, advertising, campaigns, building IT infrastructure, and many more. In the past year, approximately half of the online transactions of the fantasy platform were initiated from tier 2 and tier 3 cities, henceforth the advancing digital payment proficiency and adaptations. The fantasy sports business has created an environment that is profitable to all companies and parties involved.

Through the medium of fantasy sports, this platform has contributed to India’s economy and formed various opportunities for career development. It is a huge medium for employment.

Among the various ports available on the fantasy sports platform, cricket is one of the main dominant sports on this platform. With the axis of various sporting leaves in India, the market of fantasy sports has now widely played across cricket, football, Kabaddi, and basketball. According to statistics, most of its users enjoy playing cricket most of the time, and the number of investors and users is increasing in the cricket field.

Most of its users are independent working professionals or have disposable income infrastructure. They consider the fantasy sports business medium a platform for entertainment and a challenging medium for the ultimate sports experience.

Women in the Market of Fantasy Sports Business and Gaming.

In this modern era, boys and women are taking a step ahead to experience the ultimate thrill of sports from the fantasy sports platform. As the Indian fantasy sports has grown at a commendable rate in the past few years, both men and women have shown equal encouragement and engagement by being an active user of this sports medium.

Research says that about one-third of the urban citizens of India have claimed to have played online fantasy sports for earning money in the past few months with outstanding support from female and male users equally.

Online games like casino slots and online poker also appear to be very popular among urban Indian women. As these mediums are an easy way to invest money and win more cash and rewards, urban women find enthusiasm through sports businesses. The age range between 30 to 44 is mostly found in these kinds of sports businesses, and the majority of them belong to middle-income families to support their families most easily. Most women who invest in fantasy sports are either married with children or live in tier 1 cities.

The active participation of both men and women in the fantasy sports business has allowed it to grow in the Indian market at a higher rate.

As we can all agree to the fact that the market of fantasy sports is a vast field to seek an opportunity for earning as well as playing your favorite sport, In India, the online gaming industry is still in growth; hence fantasy sport is one of the first well-known mediums for pay-to-play games with massive success in a country like India. It is growing at a considerable rate in the world of gaming markets, and business full stop one can easily access this investment opportunity with the access of internet and dost with some spare time. Active participation and a small investment can lead to significant growth in this industry. While comparing with other Nations, the current statistics of the Indian fantasy sports market is quite low. Still, the development and engagement of both males and females will get this market higher within no time.

Betting is still not legal in India; hence the current fantasy sports operators have a low market, but once it becomes legal, the market will have a greater chance to expand across the country. The fantasy sports business is an area that can employ many struggling aspirants in the world of sports enthusiasts.

Has also increased the trafficking of the internet and is providing great opportunities for advertising agencies and sponsorships. It is a whole other level equal system of sports and entertainment. The emergence of technology, digital payments, and investments in fantasy sports has transformed many viewers into dedicated and promising sports fans, and it is also contributing to the Indian sports culture. 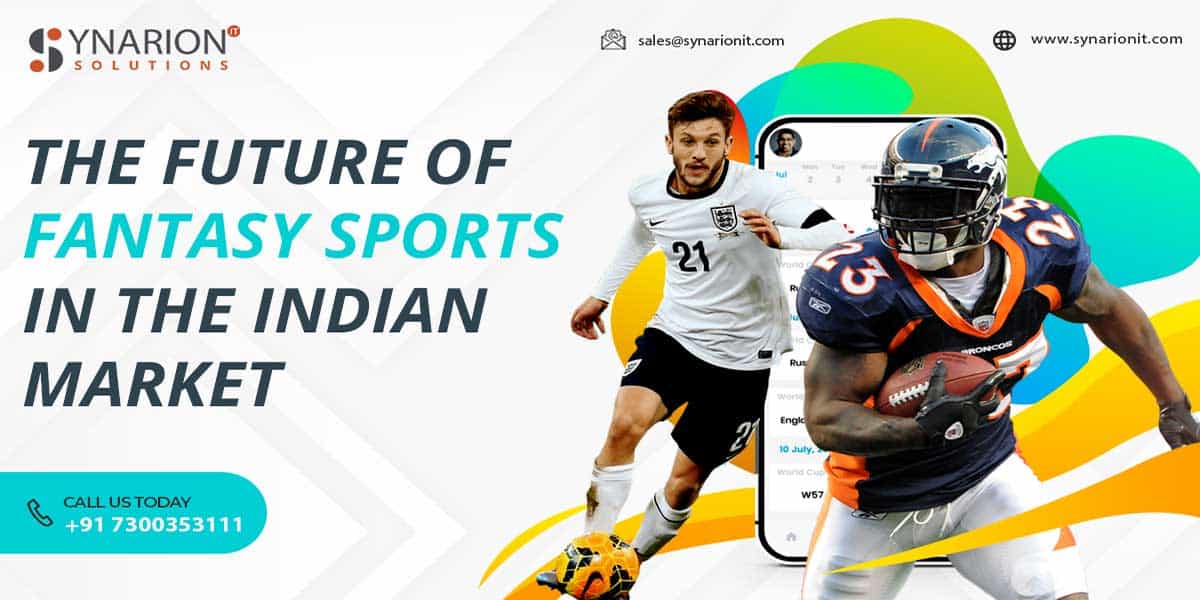 The Future of Fantasy Sports in the Indian Market.

With access to the internet and the knowledge of online investment, the fantasy sports industry boosted India as well. During the past year, the pandemic has pushed online business and investments at a considerable rate. Various fantasy sports operators used the pandemic to attract users by keeping them more active and helping them grow their player bases.

A major reason behind establishing fantasy sports in India is that gambling is not yet legal in our countries. Every other form of gambling is also banned while the fantasy sports business is considered a skillful resource in the gaming market; hence, participation is flexible.

that is the main reason that operators are constantly looking for an opportunity to join the fantasy sports market and expand their business.

The progressive growth within a few years down the road has enriched the sports business market in India. Sports have always been an emotional part of every Indian citizen. From Rugby to Cricket, Indian sports has millions of fans across the world.