What Fantasy Sports Could Be For Existing Gaming Operator Looking To Increase Revenue And Engagement?

What Fantasy Sports Could Be For Existing Gaming Operator Looking To Increase Revenue And Engagement? 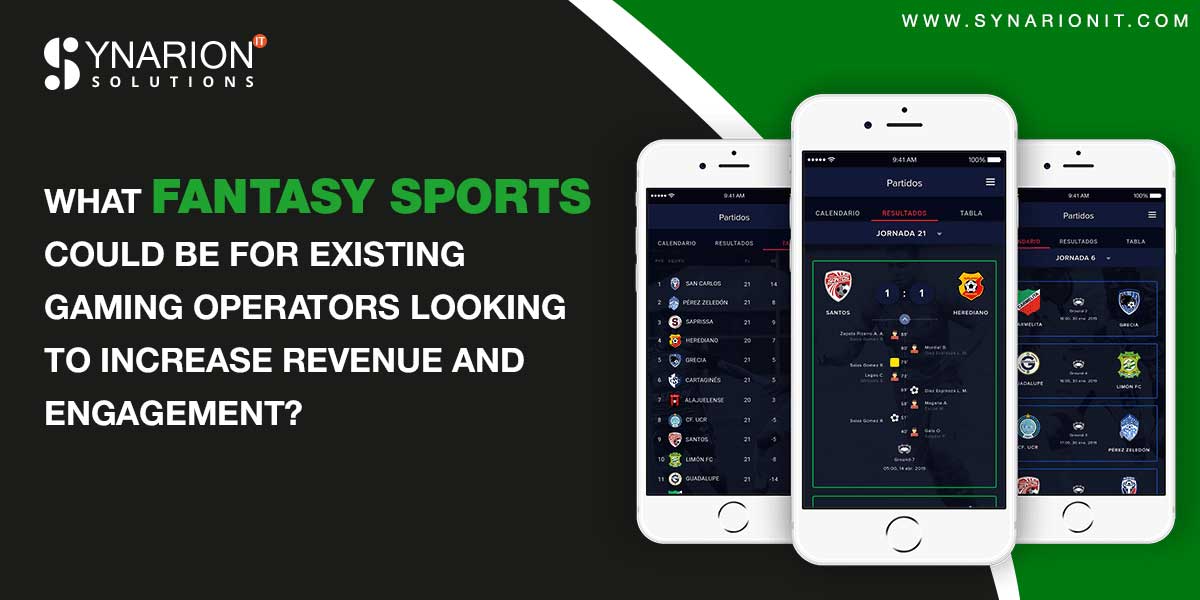 Now and then, an app emerges that completely dominates the market. In the previous two decades, online Fantasy sports apps have grown in popularity, and India has taken the lead. Because if you can make some actual money by making up your imaginary team, then what’s wrong? Existing gaming companies now offer fantasy sports games to their customers without investing in development or upkeep. But the matter is they are looking for updated versions of existing gaming operators, which could still help them earn more.

Cricket is India’s most popular sport, and it is viewed more like a religion than a sport. When Team India plays a match when a major cricket tournament takes place, everyone puts their work aside and becomes wholly absorbed in the game. There are many reasons why Indians are so passionate about cricket. It’s just something that, unlike anything else, brings the entire country together.

Due to the massive popularity of cricket in India, it can be exchanged for cash. People can make money from sports in a variety of ways. They can play their cricket or play on various online platforms and virtualize a great team by selecting players from real teams. So, the existing online gaming operators can upgrade themselves into better revenue development by going with the trend.

Fantasy app development, in particular, is rapidly expanding in terms of both the number of players and the amount of money they generate. By 2024, the Indian fantasy sports sector is estimated to be worth $3.7 billion, rising at a Compound annual growth rate of 32 percent. Between 2018 and 2019, a $20.5 million inflow of foreign investments for fantasy sports app developers led to various fantasy games platform development. One such famous development is the fantasy cricket app, the “Dream 11”.

Why gaming operators should do fantasy sports app development?

It is 100% legal as the Dream11, which the High Court of India has categorized as a “game of mere skill” free from the requirements of the Public Gambling Act 1867.

The app is beneficial in terms of the revenue model it provides and contributes to the growth of the company’s brand and services. This helps increase consumer engagement, an essential aspect of any company’s growth.

Fantasy Sports apps have exploded in popularity all around the world. Such apps are top-rated among sports fans, and several leagues even provide their data to be used to develop such apps. Several leagues also have their own fantasy sports applications. They have created fantasy competitions that have been a big success. Dream 11 is a well-known name among fantasy sports app developers, India.

Financially and budget-based fantasy sports company Dream11 had become a proud sponsor of the Indian Premier League (IPL), held in the United Arab Emirates 2020. Cricket, India’s most popular sport, has emerged as the country’s first demand– Fantasy cricket app online. According to KPMG and the Federation of Sports Games of India (IFSG), Dream11 accounts for more than 90% of the fantasy sports industry. It inspires more entrepreneurs and start-ups to see fantasy games as a viable business model. Thus, this being an excellent opportunity for the existing operators for revenue management.

Indian sports enthusiasts can now be rewarded for their understanding of the game with Dream11. This is the first fantasy sports game to be included in the Unicorn Club. Unicorn is a startup with a market capitalization of over $1 billion. Venture capitalist Eileen Lee coined the word in 2013 to highlight the statistical rarity of these successful ventures.

What is the process of developing Fantasy Sports Software?

Here are a few features that every Dream11 clone script should include:

Features of such User App:

Features for the admin:

The fantasy software you’re thinking of integrating needs to stand out from the crowd in design and architecture. It needs to have the most advanced reporting and analytics for gamer behavior to learn from the personalized reports. Above all, sports fans should be able to play in real-time.

Existing gaming companies can now offer fantasy sports games to their customers without building or maintaining them. Integrating various developers’ cutting-edge fantasy sports software could easily lead to an integrated and favorable revenue and engagement decision for existing gaming operators.